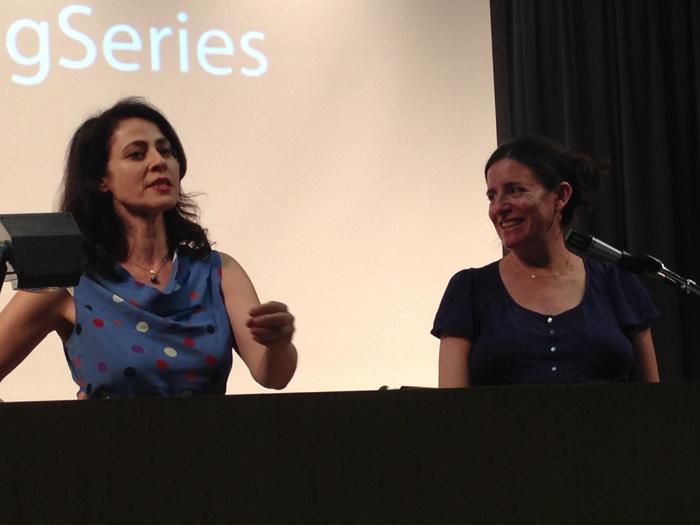 For many college students the learning process may seem dry and impersonal, but at Glendale College, students can ask questions of prize winning authors whose books they are reading in class, including the recipient of two Pushcart Prizes, Aimee Bender.

Bender returned to GCC for the second time on March 25, and read her story “Off” from her short story collection, “Willful Creatures,” as part of the LA Writers Reading Series.

“Off” is about a wealthy woman who attends a party with the intentions of kissing three men. She only succeeds kissing two men and when she realizes she won’t finish her task, she buries herself beneath the partygoers coats. A “willful creature,” overwhelmed by desire.

Directed by English teacher Claire Phillips, the workshop offers an up-close and personal experience with literary talents. The bi-annual reading series is designed to celebrate local talents for students to participate in a world-class literary event.

“Bender is both realist and a fabulist, a rare combination of writer,” Phillips said. “Students find her humor and imagination refreshing and relatable.”

The students who attended the afternoon reading were surprised by what was read. “I wasn’t expecting to like it as much as I did,” said Siran Kiradzhyan, a 21-year-old nursing student. “I thought she was very funny.”

Not only is Bender a bestselling author, but she is also a professor at USC.

With a background in teaching, Bender is able to share her expertise and teach students about the writing process.

After 17 years, Bender’s writing process hasn’t changed. Every morning she wakes up and writes for two hours. “Even if things are going well, the stopping is more important than the daily production,” Bender says. “Rhythm and discipline are the most important part.”

“He [Ellroy] is originally from L.A. and has some very potent stories to tell,” said Phillips. “You do not want to miss his appearance.”