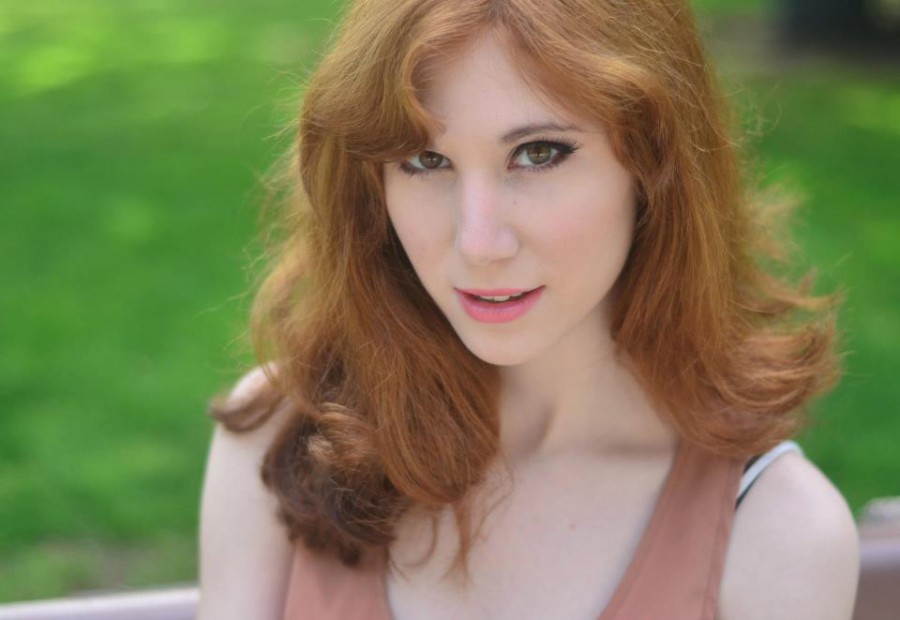 There are plenty of stereotypes about the typical “pageant girl.” These stereotypes generally don’t involve loving Stanley Kubrick films or the music of Simon & Garfunkel.

These are a few of the favorite things of GCC’s Sarah Safuto, who is not the typical pageant girl. “I’m very academic. Reading has always been one of my favorite things,” said Safuto, who will be representing Glendale in the Miss California pageant in 2014.

Safuto, who has partnered with the Skin Cancer Foundation, contributes funds through pageant winnings, and she plans to hold a bake sale fundraiser April 19, with all proceeds going toward the foundation.

“During competition we’re allowed to talk about the charities we’re representing,” said Safuto. The Skin Cancer Foundation is a charity near to Safuto’s heart, as her mother has had skin cancer for most of Safuto’s life. “It’s really not something you pay attention to as a kid,” Safuto said. “It was pretty benign until recently. She had to have the skin on half of her nose removed and replaced with skin from her cheek.”

Safuto stressed that she is not partaking in the pageant for fame. “The biggest aspect for me is getting as much money for the Skin Cancer Foundation as I can. Regardless of how I do in the pageant, they’ll still have
the contribution.”

“She is a very strong independent type of woman who can handle a lot on her own,” said Safuto’s best friend Jeremie Peters. “She’s helped me become a stronger woman, someone who is able to talk about tough subjects without shutting down the pressures of an opposing view.”

Longtime neighbor and family friend Gracemarie Serafina will be coaching Safuto in the pageant. “She’s going to be a standout because she’s different,” said Serafina. “Unfortunately, Los Angeles has a lot of cookie cutter Kardashians with great bodies. I don’t mean to pass judgment, but there’s the new all-american look and there’s the classic Audrey Hepburn look, which is more Sarah.”

“I’m not the usual pageant girl,” said Safuto. “I’m interested in history and social justice, and I’m extremely interested in the women’s movement and feminism. I think we always see these pageant girls like ‘Toddlers and Tiaras,’ but all of the girls I’ve talked to in the pageant seem to be like me, with a wide array of interests.”

What does an atypical pageant girl do on her weekends?

“I read and do homework outside of school because I’m boring like that,” said Safuto. “Yoga, watching movies, acting. I like to relax. I’m not a person that enjoys going out all that much. I never go out on weekends. I like staying home.”

All of that extra reading and homework is paying off for Safuto, who boasts a 3.8 GPA. A history major, Safuto is awaiting acceptance to Occidental College. Safuto has always been ahead of the curve, having attended Hoover High for two years and graduating from Verdugo Academy at 16. Now 19, Safuto has been at Glendale since spring 2011.

“I don’t believe the bad rap that community colleges get,” said Safuto. “Some of the best teachers I’ve ever had have been here. [Gordon Alexandre’s] Social Protest of the 1960’s class really opened my interest in social justice. To participate in the pageant they interview you and make you’re aware of current affairs, and GCC has definitely helped me with that.”

Students can support Safuto in a number of ways. Safuto currently has a donation page to help her cut the cost of the pageant entry fee. To donate, visit www.gofundme.com/sarahin2014.