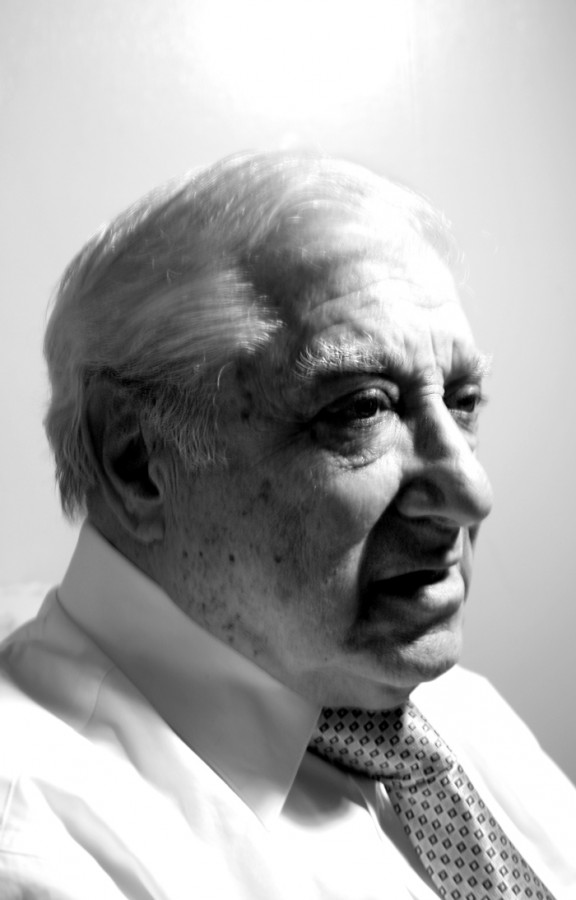 His virtue is generosity and his purpose is helping people. When he enters the room, it fills with his contagious cheerfulness.

He has been called ever-casual, perpetual master of ceremonies, compassionate, true, warm and wise by people who know him.

“Helping others accomplish what they need motivates me. If I can do 1 percent, I’ll do my best,” said Osheen Keshishian, student personnel worker and associate professor of Armenian.

Keshishian has been working at Glendale College for 26 years, bringing his expertise to help students and counsel them. Since 1985, he has been teaching Armenian and later was hired as a staff member for Extended Opportunity Program and Services.

He moved to U.S. in 1956 and graduated from Cal State L.A. where he received bachelor’s degree in Anthropology and American Studies. He received his master’s of education degree from the University of La Verne.

He was the editor of the Los Angeles-based semi-weekly Nor Or, and was also on the editorial staff of the Glendale College newspaper El Vaquero.

“Osheen is a person of peace in the office. He just likes bringing people together, he is like a father figure for us with all his life experience and wisdom” said Elmira Nazaryan, EOPS/CARE interim director, counselor and associate professor, who has known Keshishian since 1998.

He enters the room talking and smiling, clears the papers from his chair, sits down and starts talking about his meeting with the former U.S. president, Ronald Reagan; former president of Armenia, Levon Ter Petrosyan; and Pulitzer Prize winner Armenian-American writer William Saroyan. The wave of his memories is abundant and endless.

“There were 50,000 people at the funeral in Armenia when we arrived. That was a big honor and cornerstone in my life,” said Keshishian.

Out of all of his life experiences, helping people find their way has given a meaning to his life.

“If I am born again, I want to work in EOPS again,” said Keshishian. “We help so many students, and people need assistance and directions in life.”

Most of these students don’t speak English and some of them don’t even have a high school education. They surely know they are in the right place when they come here. After graduating the college they refer their children, their friends and family members to Keshishian.

“One of the parents recently came to EOPS bringing her child to see Osheen so that he can help him too,” said Nazaryan. “The level of trust they have with Osheen is incredible. It goes from generation to generation.”

“If I was a doctor I would join Doctors Without Borders to go help poor and sick people as helping others has given meaning to my life,” said Keshishian.

He helps students to understand the culture of the college when they come without any experience and no background in U.S. education, since some of them are first generation immigrants, said Nazaryan.

He is not a doctor but he prescribes students the right paperwork and the right directions to take. They don’t forget him. Even when he is not in college, he meets students who don’t forget their experience with Keshishian.

“He is just amazing,” said Rosette Aghekian, EOPS counselor and professor. ‘He brightens my day. I could always count on him to be positive and realistic. I just hope he works here until he is 120. Students love him so much.”

By the end of the day his input in people’s life help them grow and returning like a boomerang enriches his life. While he doesn’t like focusing on hardships, the only challenge for him is injustice.

“To be truthful I am really concerned about justice in the world. I think you have to be just and honest in all your endeavors. People should not be wrongly judged or rightly praised more than they deserve, this has to be balanced,” said Keshishian.

His efforts to be truthful to what he believes are recognized and appreciated. In future he seeks to continue writing about Armenian literature and publishing his works, but he is also a part of EOPS and will always be.

“If I retire I want the new workers to have the same feelings, the same compassion that we have and I hope they do slightly better than we do.”