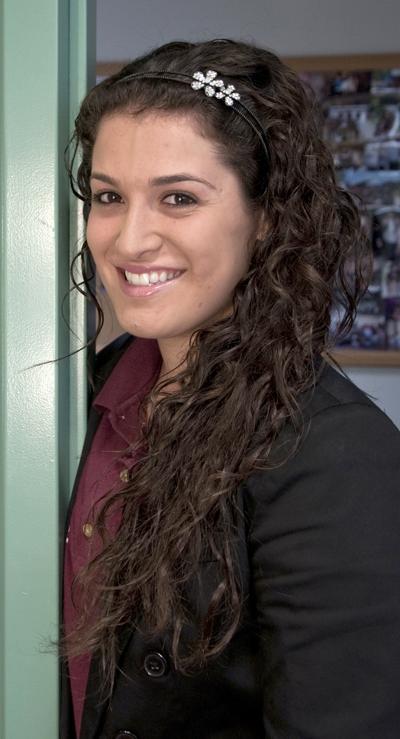 The first time Suzanna Sargsyan saw GCC students campaigning for student government, she knew she wanted to be a part of the Associated Students.

Sargsyan, or “Suzy” to those who know her, is a 19-year-old business administration major in her second year at Glendale College.

This June, Sargsyan was sworn in as the new ASGCC president, as well as the student trustee on the board of trustees.

“It’s been a very exciting experience, definitely a lot of work, but it’s fun, so it takes the stress away,” said Sargsyan when asked about her new role as president.

A former student body president at Hoover High School, ASGCC senator of activities, and student ambassador of Student Outreach Services (SOS), Sargsyan has dedicated the past few years of her life to serving her fellow students.

“She’s definitely not the kind of person that can sit home and be bored,” said Sargsyan’s sister Anna.

In the midst of a California budget crisis, the student government is dealing with the task of balancing budget cuts with the welfare of students.

The possible privatization of the GCC bookstore, and rising costs of Beeline fees are some of the first issues on Sargsyan’s agenda.

Although she was skeptical at first, after doing research, Sargsyan now believes that “it’s a really good idea” to privatize the bookstore. With proposals from several book companies including Barnes & Noble, the price of books is likely to decrease if the book store becomes privately run.

Fighting the cost of Beeline fares was discussed at the ASGCC legislature meeting on Sept. 6. The fees may increase from 25 to 75 cents, which will affect many students who take the Beeline to school everyday.

“I want students to know we’re here for them,” said Sargsyan.

On Sept. 2, Sargsyan introduced herself to the members of the GCC faculty who packed the auditorium for Faculty Institute Day.

“I definitely see myself working here in the future,” she said, drawing joyful laughter from the crowd. She went on to express her passion for the education system telling the faculty, “We’re here to serve the students.”

At the end of her speech she left them with one last word of advice: “Take advantage of the time you have with the students, because you all make a difference in their lives.”

Many of the GCC faculty members have become role models to Sargsyan during her time at school, including her former employer Alen Andriassian.

Manager of Outreach and Assessment, and former ASGCC president, Andriassian feels that Sargsyan is the the perfect person to be AS president.

“She has a good heart,” said Andriassian.

He recalls meeting her when she was still a student at Hoover High School, where she took initiative to make sure he had a table set up for his GCC booth.