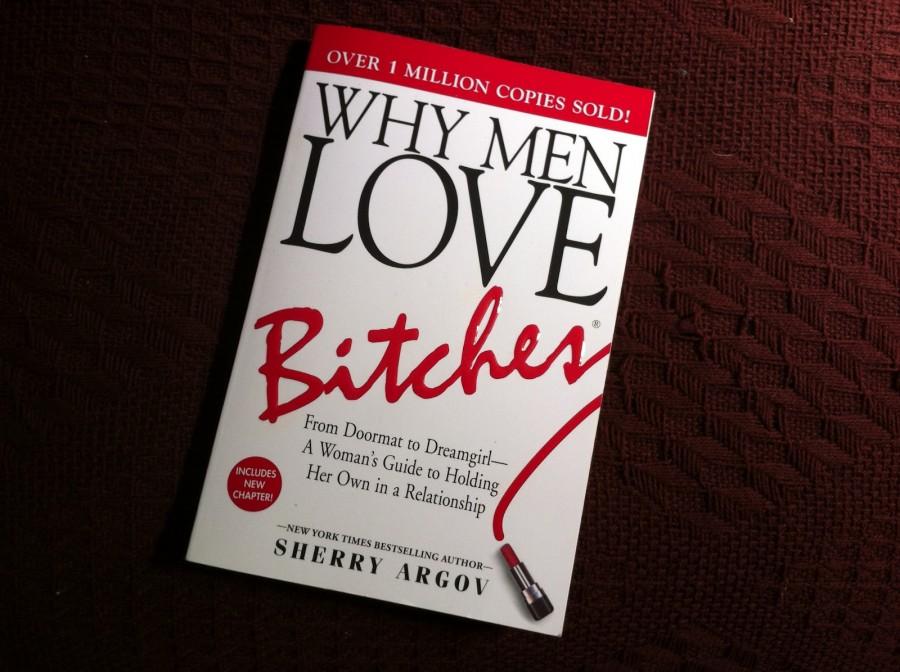 At a time when dating rules seem more complicated than ever, hundreds of dating guides like Sherry Argov’s “Why Men Love Bitches: From Doormat to Dreamgirl” line bookshelves, offering unhealthy advice and confusing unlucky-in-love readers even more.
Argov tries to convince readers that they are the reason their relationships do not succeed. Her simple solution, however, suggests that all of their problems will disappear if they follow one rule: be a bitch. For example, instead of making a home-cooked meal for a significant other, the “bitch” should boil some hot dogs and pour some Kool-Aid. For optimal indifference, the meal should be finished with a Hostess dessert.  Argov’s reasoning is that this will force a woman’s partner to take her out for every meal.
To top off her deliberately horrible cooking skills, a “bitch” should also refuse to carry her own weight in a relationship and refrain from undertaking something as simple as offering to drive. In reality, completing such tasks does not make someone a pushover as Argov suggests – it just shows that a person is willing to compromise and put in an effort to make the relationship work.
Argov indicates that a bitch is a “dreamgirl” who walks all over men and still has them begging at her feet. She is not afraid to walk out of a relationship or do anything necessary to get what she wants, including using fear as an incentive. Argov’s dreamgirl is not supposed to care too much about her partner or overthink every aspect of her life.
Argov repeatedly contradicts herself throughout the entire book. In one instance, she writes that women should note that men do not like it when their partners make them look bad in public but goes on to encourage readers to do exactly that. The author confuses her readers, making it unknown what she really wants them to do.
In another instance, she tells a story about a friend who received a “booty call” from a man two weeks before he told her that he wanted to see other women. Instead of simply saying no, she agreed to meet him but ended up standing him up, making him wait in the rain for three hours.
The “dreamgirl” or “bitch” that Argov describes is absolutely horrible. She is rude, conceited, and essentially cares about nobody but herself. She seems like the last person a man would want to date long term, and more like a nightmare than a dreamgirl.
By celebrating women who engage in such childish and immature behavior, Argov is encouraging women to play the same games they often chastise men for.  A woman should not have to play manipulative games in order to make herself appealing to the opposite gender. If she feels the need to do so, there is already something wrong with the foundation of the relationship.
Although some may think that because Argov’s tips and ideas are so outlandish they must be satire, they unfortunately are not. Argov seems to truly believe that following her guidelines will lead you to a successful relationship.
Argov is right to advise women not be pushovers in order to assert their independence. Regretfully, she goes about it the wrong way. If a significant other cancels plans, simply stop making plans with them. Do not use this as an excuse to be rude or obnoxious.
Argov’s dreamgirl definitely does not meet everybody’s standards. People have different tastes and enjoy different types of significant others. There are more appropriate ways ways to improve a relationship than just being a “bitch.” Men, for the most part, do not love bitches as Argov suggests. Although she mentions many different “success stories,” none of them truly seem successful. It is apparent that she relationships are one-sided and doomed to fail due to lack of communication and teamwork.
Published in 2002, “Why Men Love Bitches” is still making rounds with young women everywhere, but it falls short of offering useful, healthy advice that a modern, independent woman can follow without losing her self–respect.