Top three celebrities who use their fame for a positive outcome 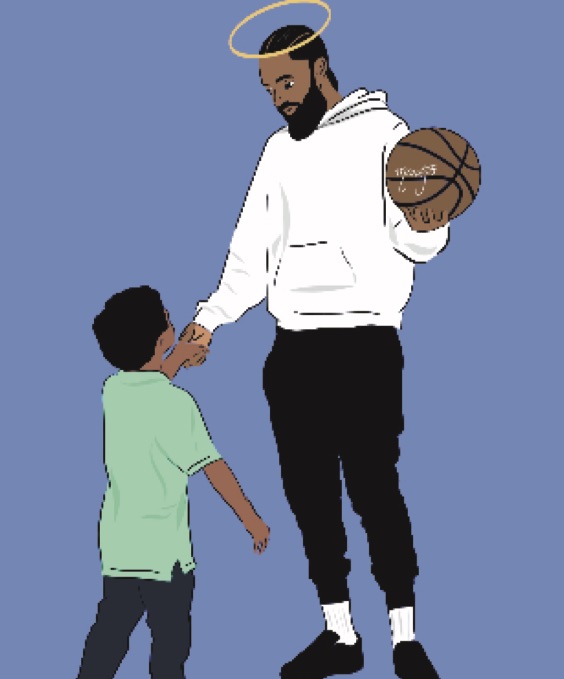 Many of us cringe at the thought of a celebrity splurg- ing thousands of dollars on just shopping spree, but to them, it’s normal. Therefore when we see a celebrity act selflessly and do good deeds, we cheer them on and appreciate it.

Below are 3 celebrities who have been known to use their fame and power to make our world a better place.

This man wasn’t your ordi- nary “gangster” rapper. People who were not aware of who he was, could see him as a thug, and inevitably discredit him. What they overlooked was that Nipsey was a symbol of peace, which is a much needed message in the midst of Los Angeles’s gang epidemic. His life, artistry and now legacy lives on carrying his message of social justice, compassion and nonviolence.

Nipsey’s philanthropy impacted many lives. When he first opened up the Marathon Clothing store in the Crenshaw District, not only did he create employment opportunities for ex-felons, but he also offered a black owned business for community members to shop and support. He also presented Vector 90 last year, a STEM center in the Crenshaw district. Their goal is to bridge the gap between brilliant minorities and corporate America, which would offer opportunities to urban children that wouldn’t otherwise be accessible to them.

Kim Kardashian-West went viral last year when she visited the White House to speak to President Trump about crimi- nal justice reform. That meeting resulted in Alice Johnson — a 63-year-old woman, who was given a life sentence for a non-violent drug offense, being granted clemency.

Kardashian-West also recently announced that she spends 18 hours a week studying, to pass the bar exam and become a lawyer, possibly as soon as 2022. In addition, Kardashian-West is funding the 90 Days of Freedom Campaign in result of President Trump’s passing of the First Step Act, which permits some individuals with federal drug offenses to request sentence reductions, specifically those serving life sentences.

Her efforts have assisted in the freeing of 17 federal inmates in the past three months.

Platinum record selling rapper Meek Mill has been haunted by convictions for gun and drug possession for more than 10 years up to date, and now he is finally standing up for others who are in similar positions.

Mill promises to stand against the criminal justice system in his newest project, Reform Alliance. The organization claims there are 4.5 million Americans either on parole or probation for minor offenses. Their goal is to change laws and policies in effort to decrease those numbers. The project is supported by Grammy-winning rapper Jay-Z, Philadelphia 76ers co-owner, Michael Rubin and New England Patriots owner, Robert Kraft. Mill, Rubin and advocate Van Jones, recently proposed a bipartisan bill in Pennsylvania, which calls for improvement of the state’s probation and parole system.