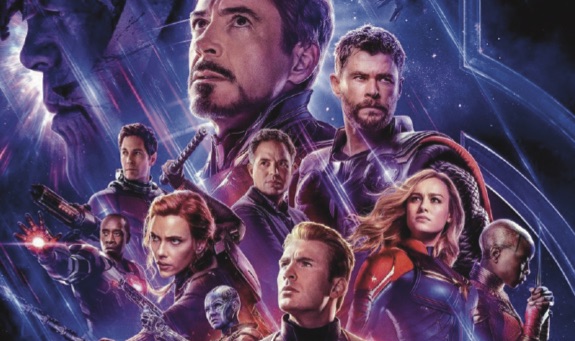 The biggest superhero movie of the year is finally here! Premiering last month, the last installment of the blockbuster hit Marvel’s Avengers series has predictably dominated the charts since its release. Fans who have followed the gripping storyline of the team of superheroes from its start in 2012, lined up out the doors of movie theaters all over the country to witness the Avengers final fight.

It’s been five years since Thanos single-handedly eliminated half of all life in the universe in search of the perfect balance. Earth still mourns all that was lost while still attempting to recover from the catastrophe. But even in their darkest hour, Captain America, Black Widow, and the remaining Avengers move forward with one goal in mind: Finding a way to defeat Thanos and bring back all that were lost. While some scatter to find Thanos, Tony Stark, who was rescued from certain death by Captain Marvel, struggles with the choice of staying with his family and living on with the world Thanos left broken, or rescuing everyone with no guarantee that he can.

Fortunately, he’s able to team up with Bruce Banner, who has managed to fully tame the Hulk while still maintaining his super genius intellect, and Ant-Man, who returns from the Quantum Realm unaware of what has happened to the world he once knew.

After reuniting and mapping out one last strategy, the Avengers take the fight to Thanos in an epic battle to decide the fate of not only all they’ve lost, but all that remain.

Keep in mind, the film is three hours of pure action-packed entertainment. To avoid missing a major moment, make a run to the restroom beforehand and be sure settle in with enough snacks to satisfy your sweet tooth.