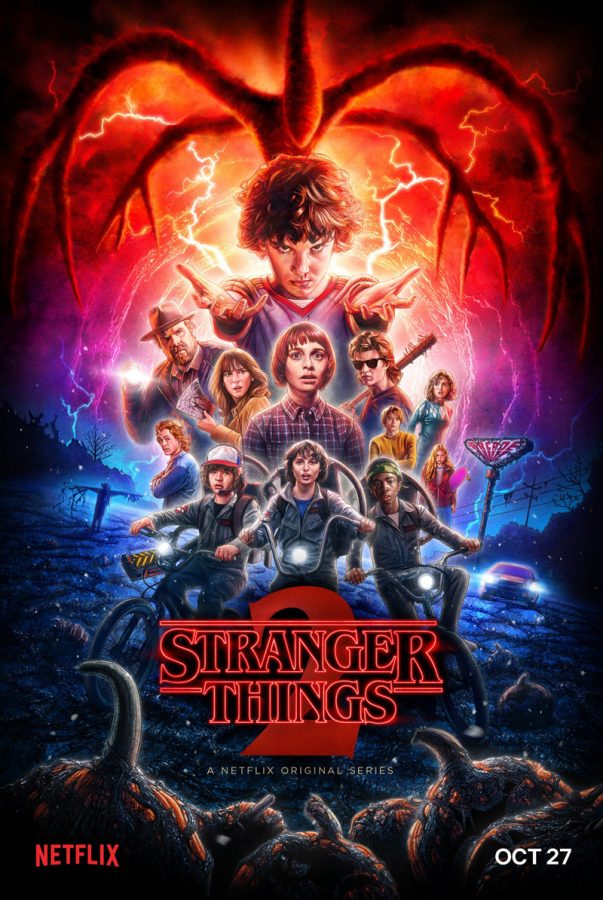 Opening credits for Stranger Things 2–yes Stranger Things 2 like a movie sequel, which is how it’s branded rather than your average television show sequel—remain true to the heavy 80s theme the Netflix original has perfected. Reminiscent of a “Nightmare On Elm Street 3: Dream Warriors” or “Halloween 2,” the title sequence is the epitome of  modern slasher film, but you guessed it, set in the 80s.

Accompanied by anticipated breathtaking cinematography that parallels the debut season, season two boasts an electrifying sound track that’ll remind your parents that they used to rock a quasi-mullet like our new favorite bad boy Billy, who seems to take most of his teen angst out on his stepsister that we’re introduced to as MadMax.

The synth heavy beats supplement the tone for a meticulously constructed, and aesthetically pleasing arcade where we’re introduced to Mad Max in the form of text as the new high score on the classic “Dig Dug” arcade game, knocking the once gummy Dustin into second place, and eventually into a bout of determination to court the new female supporting character.

New characters are in abundance this season, along with those captivating shots, even more complex story lines, and some pretty amazing character development. Episode six alone offers a refreshingly nurturing side of Steve we didn’t see much of in S1, as well as a heartbreaking monologue from Hopper to Eleven that I won’t touch on other than suggesting a box of Kleenex and an uninterrupted setting. Preferably alone, if you have an ugly cry.

A litany of supernatural powers, bloody nostrils, unidentified mutants and monsters, and of course Eleven’s favorite breakfast food all make a cameo in the formerly quiet town of Hawkins this season, and so should you. So throw some Eggos in that toaster oven and kick up your feet for this visually enticing, and totally necessary binge. The entire first and second season of Stranger Things can be found on Netflix.