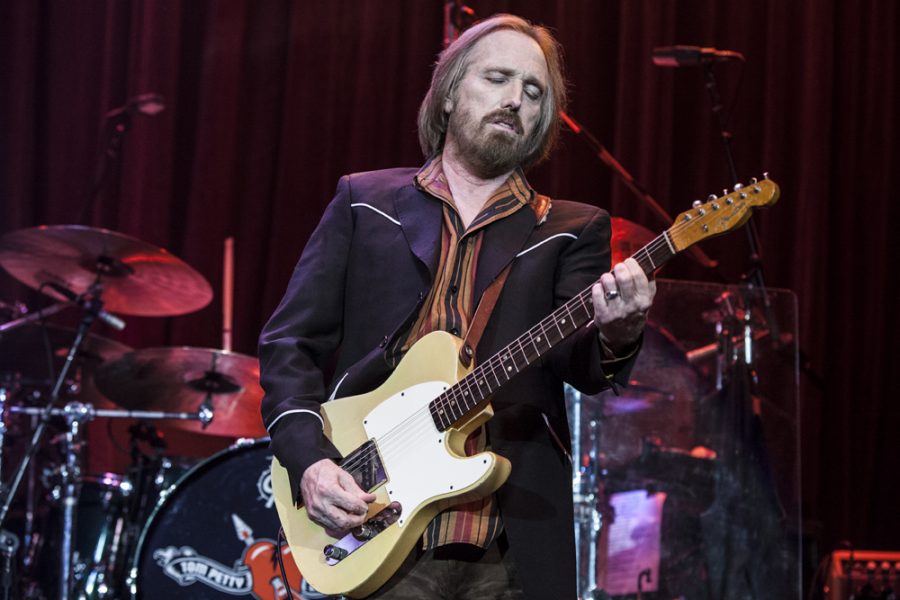 Tom Petty, the iconic singer-songwriter for the Heartbreakers, passed away Monday, Oct. 2. He was 66.

The legendary frontman was found unconscious and in full cardiac arrest at his Malibu home. He was rushed to the hospital, but later pulled off of life support after doctors reported no brain activity.

Petty leaves behind a wife, two children, and millions of heavy-hearted fans across the globe.

He slowly crept to fame throughout the early and mid-1970s. His first band, known as The Epics, which would later evolve into Mudcrutch, received little attention outside of his hometown of Gainesville, Fla.

The success here would serve as a launchpad for Petty and his crew of Heartbreakers to reach the pantheon of rock ‘n’ roll greats.

Petty’s third album, Damn the Torpedoes, would reach Number Two on the album chart, ultimately being certified triple platinum, equipped with hit singles “Don’t Do Me Like That” and “Refugee.”

Sky-high success doesn’t come without turbulent experiences, as Petty would come to find out. Heartbreaker bassist Ron Blair would depart from the band in the midst of their work on the 1985 album Southern Accents. 1986’s Let Me Up (I’ve Had Enough) was a commercial disappointment which was encored by Petty’s house being torched by suspected arson in May 1987. His then-wife and two children would escape. Petty’s basement recording studio survived the blaze. The incident served as inspiration for the song “I Won’t Back Down,” which is directed at the arsonist and preaches of resilience in the face of tragedy.

The songwriting prowess of Tom Petty amalgamated with the epic starpower of Bob Dylan, George Harrison, Jeff Lynn, and Roy Orbison to form the Traveling Wilburys. The supergroup produced hit singles “Handle With Care” and “End of the Line.” The 1988 debut album Traveling Wilburys Vol. 1 reached triple platinum and number three on the album chart.

Petty spiraled into heroin addiction after his 22-year-long marriage with Jane Petty ended in 1996, but managed to claw his way out of it.

Tom Petty was inducted into the Rock and Roll Hall of Fame in 2002.

Highway Companion, his Southern-feel album spiced with the occasional bluesy twinge, released in 2006, showed the breadth of Petty’s talents, exemplified by the ZZ Top-esque “Saving Grace.”

Petty’s ability to crank out chart-toppers from the late ‘70s to the ‘90s and mid-2000’s sets the benchmark for rock ’n’ roll longevity.

Further, Tom was truly part of the fabric of the California ethos; his jams inseparable from the laidback Southern California persona sewn on our sleeve. Or maybe that’s the Golden State ego talking. His songs represent those seemingly endless Los Angeles summer nights with the only people that matter in that moment, or cruising down the Pacific Coast Highway, or cresting Malibu Canyon Road midday and laying eyes on the sparkling Pacific. More so, Petty was the quintessentially American rocker.

What truly separated Tom Petty from others in his music epoch, was his genuine love for the act. While others chased the late paycheck, Petty did it for the passion.

The only thing that would stop Petty – as he later predicted in his last-ever interview – would be illness or death. “We say among ourselves, ‘why do they think we would ever quit?’” Petty told Randy Lewis of the Los Angeles Times. “ … I mean, if one of us went down, or one of us died … then we would stop. I think that would be the end of it, if someone couldn’t do it.”

Petty’s death is another crippling reminder in recent years of the mortality of our heroes behind the strings, joining the heralded company of folks like Gregg Allman, Chuck Berry, David Bowie, Glenn Frey, and Prince.

Another champion of rock to reach the End of the Line. Thanks for the memories, Tom.