How comedian has been able to balance his creative side, work and school schedule 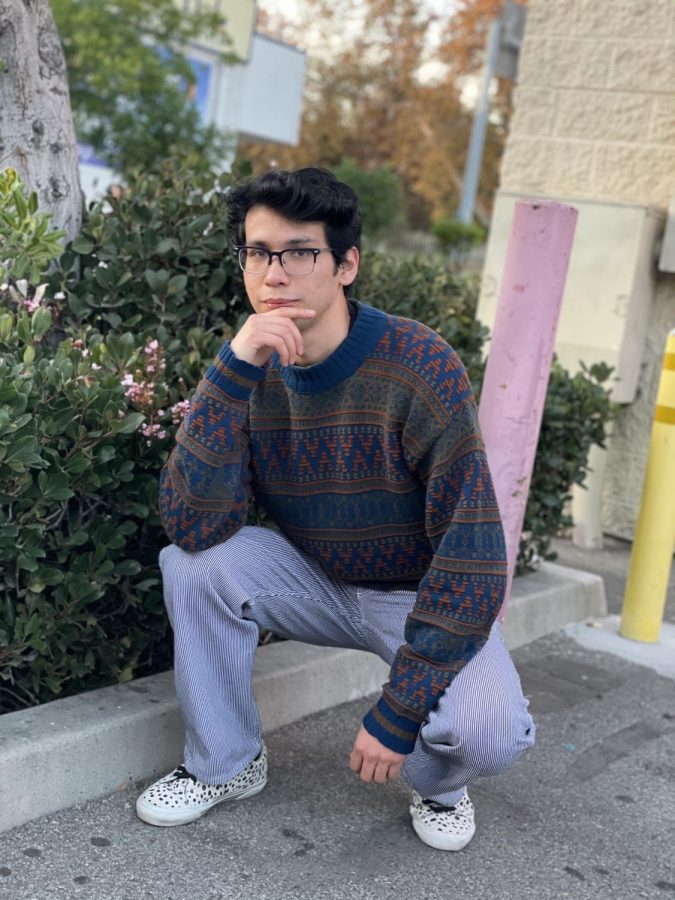 For many of us, the pandemic is something that we’ve all come to use and have needed to adapt to. Whether that be bettering ourselves mentally and/or physically, starting new hobbies, or improving our academics, the possibilities have grown with the amount of time that we’ve had. Vince Caldera, raised in Los Angeles’ Glassell Park neighborhood, has been a part-time student at Glendale Community College since 2017.

He’s recently had a stand-up comedy show alongside other comedians. Caldera can be seen on Amazon Prime’s “Coming to the Stage,” and has toured nationally with Maria Bamford, Al Madrigal, Laurie Kilmartin, Jackie Kashian, Steve Byrne and James Adomian. He has performed at San Francisco Sketchfest, Big Sky Comedy Festival, 10,000 Laughs Comedy Festival, Big Pine Comedy Festival, 208 Comedy Festival among others.  Locally, Vince has performed on such shows as “Judd Apatow & Friends” and “Neal Brennan & Friends.”

He was introduced to stand-up at about 10 years old and he loved watching it on TV and would even stay up as late as possible to watch it. While his parents were out, his grandparents would look after him, which ended up with them falling asleep and Vince able to watch whatever his heart desired.

He ended up on an episode of “Comedy Central Presents,” where he found his favorite comedian, Maria Bamford. “I absolutely loved her stand-up. I had never laughed so much. I had never seen anyone like her before. Watching someone be funny with their words felt so refreshing and world-changing to my young brain. She literally became the reason why I love stand-up so much, why I pursue it, and to this day [she] remains my favorite comedian. Seeing her made me want to share things about myself and my world, too.”

Caldera started performing toward the end of 2012 when he was a sophomore in high school. “Those first two years were incredibly inconsistent. I think I did maybe 30-40 open mics in that span of time. I had to bug my parents for rides to coffee shops, restaurants, etc.”

He discovered that it would be better to pursue stand-up at his own pace. He believes that his purpose is to be authentic so that people can do the same for themselves so that they’re able to see the world as he does. “Art is an exploration of life, and I’d like for people to recognize that. If they like my stand-up, great. If they don’t, that’s great, too!”

Being an artist comes with the risk of writer’s block and losing motivation but Caldera has found a way to get himself out of those situations. He finds his motivation through the desire of wanting to be heard and understood. He found when he started stand-up that he tried to emulate other comedians by being superficial and an overall jokester but he found that approach didn’t resonate with him. Once he became personal, he switched to topics that he wanted to confront and talk about his own life and experiences. He felt a different type of connection with the audience that became more intimate since they were able to relate to him. The stand-up profession is dominated by white men but Caldera isn’t white, which makes him feel good knowing he brings something different into stand-up that the majority can’t.

His upbringing is something that has really helped him develop material. “I had an unconventional upbringing, I guess,” he said recently. “My Mom had me when she was 16, I’ve had incarcerated parents, I grew up on welfare and food stamps, and my parents were in a gang.”

He thinks he may have felt ashamed or embarrassed of his upbringing due to how people wanted him to feel based on their own ignorance and prejudice. “Stand-up gave me the ability to reclaim my identity and feel empowered by the things that made me different. So topics like “dating is weird” will probably be at the bottom of my list. And instead I’ll talk about feeling safe around gangs, calling my uncle in prison, or why I don’t trust the police. I think when you listen to my stand-up you get a glimpse of my world.”

Watching one of Caldera’s shows, I thought his storytelling is done in a unique way that I was able to relate to. He can detail how horribly police might treat people of color and use the irony that he feels safer with gang members that he’s known since he was a child.

Although Caldera has been doing stand-up for years there always remains some self-doubt. He often finds himself wondering if he’s good enough but he reminds himself that this type of thinking is counterproductive. He’s worked alongside some great people and some whom he admires, so he acknowledges that he wouldn’t have these opportunities if he wasn’t somewhat capable.

“There’s so many amazing people, and it’s incredible to see so much talent. Personally, the biggest pro for me was meeting Maria Bamford. She was literally the reason why I wanted to do this and now she’s my friend. Like that’s so crazy to me.”

There also are the off nights. “I once did a show where nobody laughed for like 10 minutes. It felt like a fever dream. It was also a long car ride home.”

He stresses that stand-up isn’t something that you become a pro at overnight and that it takes time to develop your unique voice. Even professional comedians have taken years to develop their material before they’ve been recognized for their talent. He encourages upcoming comedians to share more about themselves and that by being yourself, you’ll find people who will support you.

Caldera, like many other people, is trying to balance dreams and necessities. He realized that his education was really important since he was a first-generation college student who wants to make his family proud since neither of his parents graduated from high school, and his grandparents are illiterate. Although  people in the comedy industry have tried to persuade him to drop out of college, he knows that going to college is a privilege and that it has made him a better comedian and better individual.