The grammy museum goes 'back to black’, remembering Amy Winehouse 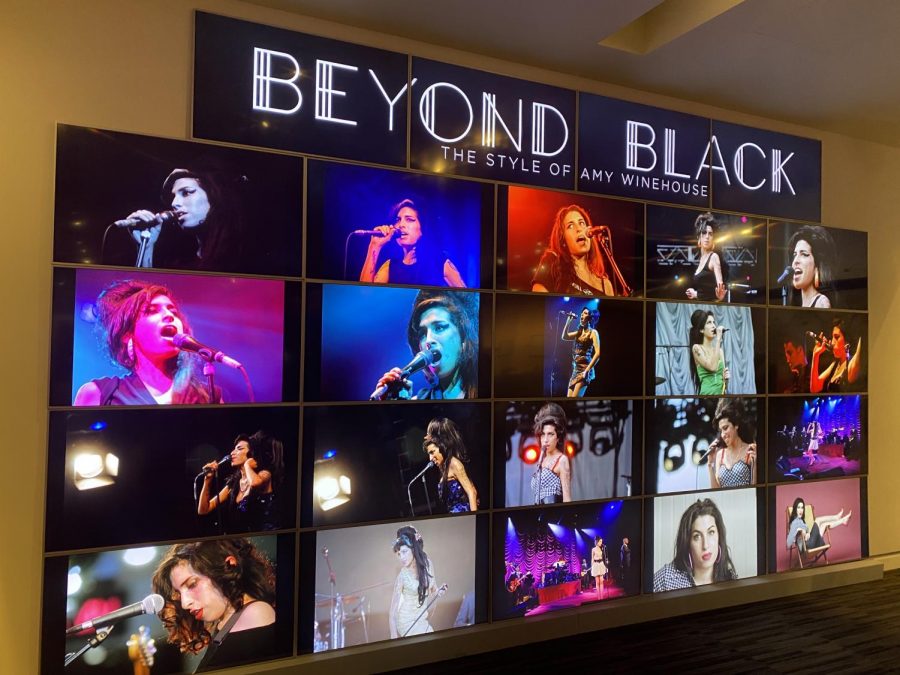 The Grammy Museum, located at L.A. Live, is holding an exhibit titled “Beyond Black: The Style of Amy Winehouse,’’ curated by the late singer’s stylist Naomi Parry and close friend Catriona Gourlay. Only 27 when she died, Winehouse had a distinct style, and an even rarer voice. Her beehive hair, thick black eyeliner, and tight-fitting dresses all shaped her feminine exterior, but when she sang, her voice dominated everything around her.

Beyond Black occupies one floor of the four-story museum. This is the temporary home to Winehouse’s personal clothing, shoes, bags, records and more. Items from when the singer was just starting out are on display, such as the yellow Preen dress she wore to the 2007 Brit Awards and the red heart-shaped Moschino purse she carried that night. Also being shown are her iconic outfits, such as the black Dolce & Gabbana dress she wore when she won five Grammy awards.

In a very small theater, footage of her winning Record Of the Year, at the 50th Grammy awards is being shown. Viewers can see Winehouse wearing the black Dolce & Gabbana dress that is on display just right outside the theater. The footage also includes performances from that night of her hits “Rehab” and “You Know I’m No Good.”

The exhibit is a fairly small one, but the items make up for it in how intimate they are. Winehouse’s make-up and half-used perfumes give the exhibit an eerie vibe. Her handwritten lyrics and journals offer some insight into the singer, and the wardrobe on display shows just how unique she was. Before joining music mythology in the form of the “27 Club” Winehouse had only released two albums. The exhibit gives fans more insight into a person the world barely got the chance to know.

Tickets for the Grammy Museum are sold for $15 per person. The exhibit will run until April 13, then head to Chile, London, and Ireland before returning to Los Angeles where the items will be auctioned off. The Grammy Museum is located at 800 W Olympic Blvd, Los Angeles, CA 90015.