Mind of The Master 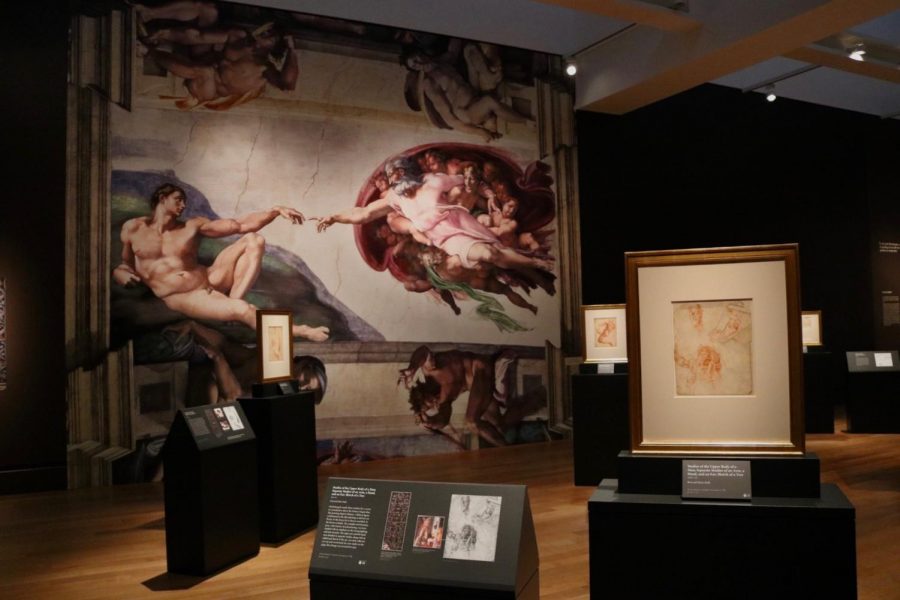 In the late 15th and 16th centuries, Florence, Italy became a major cultural capital in Europe. The birth of the Italian Renaissance led to artists of the time embracing some of the major shifts in ideals of the period, to the benefit of their art.

The major influx of wealth in the area allowed for the indulgences of fine art by the wealthy, and with an increased curiosity for the blending of religion and scientific exploration, artists were given the perfect platform to impact the world around them.

Of the monumental artists that emerged in this period of trailblazing, Michelangelo stands out as the most influential to our lives today.

From his paintings on the Sistine Chapel to his iconic sculpture “David,” Michelangelo typically began his masterpieces with a simple drawing. Despite having created an estimated 28,000 drawings over the course of his lifetime however, only around 600 of these artistic and architectural sketches remain in the world. His medium of choice, red or black chalk, did little to help with preservation. But through the efforts of art enthusiasts and historians, these remaining drawings are shared around the world for those who seek to observe the work of the master.

Now, thanks to the efforts made by the Getty Museum and its curator, a rare opportunity to experience some of Michelangelo’s greatest works has presented itself. Feb. 25, The Getty Museum opened its doors to its “Mind of The Master Exhibit,” a display of 29 of Michelangelo’s drawings that have been kept in amazing condition since their drafting in the 1500s by the man himself.

“The Mind of The Master” very clearly documents the legacy of Michelangelo’s impact, doing justice to one of the most prominent and acknowledged human form artists of the time (aside from his rival Leonardo da Vinci).

Michelangelo held himself to an incredible standard, raising the bar for those who would learn from him higher than ever before, and creating what we now know as the fundamental stepping stones for the study of anatomy and art through his life’s work.

Separated by three rooms, the exhibit guides visitors through the Italian Renaissance, detailing some of Michelangelo’s greatest achievements and strides he made in the art world. Drawings are displayed on freestanding pedestals scattered throughout the exhibit’s dim rooms, allowing for a full view of the often completely covered page.

The exhibit also has an incredible inclusion of interactive displays that dive deeper into one of Michelangelo’s most famous works, “The Creation of Adam,” along with other recreations of the legendary works the sketches on display would go on to become.

The drawings displayed are hundreds of years old, and began their extensive journey to becoming a part of the historical works we all know and love the day they were spared from Michelangelo’s habit of burning his work; making the remaining pieces all the more valuable. Such drawings shown include the reference drawing for God’s hand in the work mentioned above, along with his human figure studies and designs for the Dome of Saint Peter’s Basilica in Italy.

Their first time in the United States as a group, multiple drawings of his on display come from the Teylers Museum, the oldest museum in the Netherlands where a much larger collection of Michelangelo’s work is currently held.

With an introductory film about the artist, “The Mind of The Master” makes a huge effort to remind visitors that this is unlike any art exhibit they may have seen before.

Blending a history museum with an art show, this exhibit allows an intimate experience with some of the most fundamental foundations of modern art that are still being taught today, through the eyes of their original creator.

The truly once in a lifetime exhibit will be showing at The Getty through June 7, with free admission as always.