In Review: Gentefied On Netflix 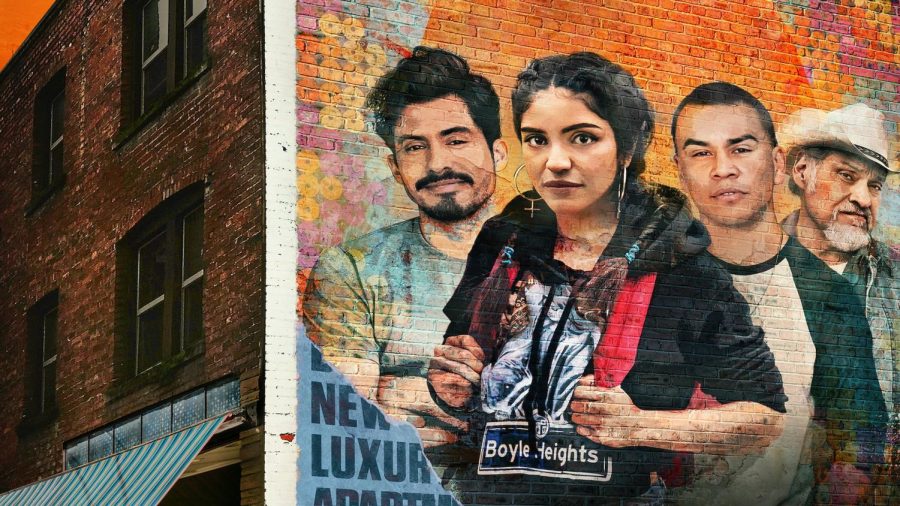 The fresh new Latinx comedy Gentefied uses the backdrop of a Chicano family’s struggle to keep its East LA taco shop in business while the show explores a variety of themes including: gentrification, adapting to change, generational and cultural clashes, white-washing, code-switching,y por que no, modern gender, class and race relations. While that may seem like a mouthful, the show manages to counterbalance the messaging with a frank, funky comedy style and inspired performances from a talented cast.

Mama Fina’s is a fictional taco shop in Boyle Heights which may yet become as mythic as Breaking Bad’s “Los Pollos Hermanos.” It is run by the widower Casimiro “Pop” Morales, played by the terrific, scene-stealing Joaquin Cosio, a veteran Mexican film actor who “crossed over” and has appeared in many North American films and television shows including “Quantum of Solace and “Narcos:” Mexico. Although often cast as a “heavy,” his role in Gentefied allows Cosio to exhibit his comic side and versatility as an actor.

The whole ride or die Morales familia pitches in to help as the taco shop rent goes up and yuppie gentrifiers circle the barrio like vultures. Attempts to keep the taco shop afloat include offering new age watermelon radish carne asada tacos, chicken tikka masala tacos, free tacos for kids who read a book and pass a quiz, and shamelessly exploiting white guilt when they get in on a Taco Tuesday food tour busload of hipsters who exclaim excitedly, “We can have tacos and do good at the same time!”

One episode has Pop’s college-educated, chef-wannabe son having to prove to his co-workers in the kitchen of an upscale Arts district restaurant that he really is Mexican by undergoing a battery of cultural tests. In a destined-to-be-classic episode, a mariachi band is faced with the prospect of having to update its tired repertorio with something by Cardi B or Beyonce. Another episode spotlights the vivacious Karrie Martin and her irresistible grin as Pop’s granddaughter Ana, a proud queer artist who enrages the barrio with a mural of two lucha libre wrestlers making out.

Originally created as a 10-episode web-series by Linda Yvette Chavez and Marvin Lemus, the show was picked up by Netflix with Ugly Betty´s America Ferrara as executive producer. It was released on Feb. 21 and has already had such overwhelmingly positive response in the press and on Twitter at #Gentefied that the show’s fans have high hopes that Netflix will order a second season,a decision Netflix usually waits to make until a few months have passed after a release date.

Much of the show’s dialogue is in a pitch-perfect LA Spanglish patois, though many exchanges  take place with los viejos hablando en Español and the young people replying in English. Sublimely augmented by a banda sonora bien sabrosa de musica Latina old and new, Gentefied is an earthy, funny and heart-warming feast of contemporary Chicano culture, but spoiler alert- it’s difficult to binge on without getting un antojo de tomar unos tacos.