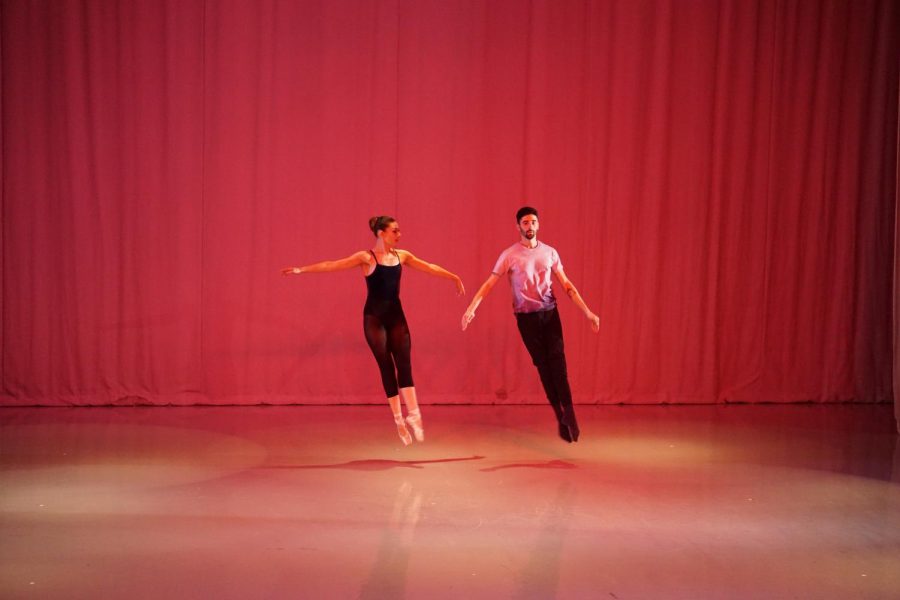 I have come to a conclusion that Glendale Community College has  many hidden gems across campus. This month, the GCC Dance Club held its student talent showcase, PhanatiX, that happens every semester. With a setup of a stage in Sierra Nevada, the students were set to start their performances. Although all of the performances were unique and filled with incredible skill that night, a few of them stood out to me.

“Elegy,” performed by Evelina Mnatsakanyan, was one that caught my eye in particular. Her performance was a traditional Armenian dance. As she walked on stage, her stunning bluedress with fluorescent pink flowers immediately drew attention and the crowd reacted with cheering. It is always amazing seeing dance performances from other cultures. I really do believe that the diversity of different ethnicities here at GCC is what makes it beautiful.

Danielle Burdick was the dancer filmed in “Reach,” produced by Tina Sinlapasai and Sami Flores. The video consisted of three different scenes cut throughout the video. The song playing was produced by Tristan Eckerson. A piano starts playing and she begins dancing in a studio that looks like it is situated in a high-rise building. Her first outfit is a yellow tunic-like shirt. The video then shifts into a dark room with rain coming down on her. As it jumps back to the studio she walks past a pillar and then appears in the desert. She dances wearing a lovely white lace coverall. This piece was perfectly choreographed and edited. Kudos to all who worked on it.

Team B.U.K., who originated here in Glendale, blew the house down with their “K-Pop Medley.” Created by fellow GCC student Ani Vartanian, the team started off with seven members on stage and, as the music advanced, the team grew to 10 members on stage. One of the coolest parts of the performance was when the whole squad was on stage. They paused, as if their set was over, but then member Aaron Ocasla walked in and carried out a gesture that read, “Hey y’all forgot about me.” Immediately the music started playing again and the show went on. They ended their set with their signature pose of throwing up a hand signal that means “I love you.”

As the evening went on, two acts that had me mesmerized were “Pulse” and “Attitude.” These acts were performed by the Glendale College Dance Company. In “Pulse,” the women danced in pointe shoes. They danced to a retro Egyptian Lover beat, a techno DJ from the 1980s, who was based out of Los Angeles. Dancers Tatiana Beverly and Vladimir Petrosyan performed an amazing solo in this. In “Attitude,” the men did handstands on chairs that they each had in their vicinity. It was a really stunning scene when each of the three members were exactly on the dot and landed with the same pose on the handstands. The women came up after and had their solos on the chairs. The part that made it iconic was when they sat upside-down in the same chairs and pointed one leg up. It was cherry on the top of an excellent performance.

Let’s not forget that none of this was possible without Victor Robles, who is the department chair for the Dance Program and choreographer for most of these performances. “March 14 is our next show,” he said. “Auditions happen on March 6, just check our website.” I’m honestly already looking forward to the spring performance to see the next set of gems.