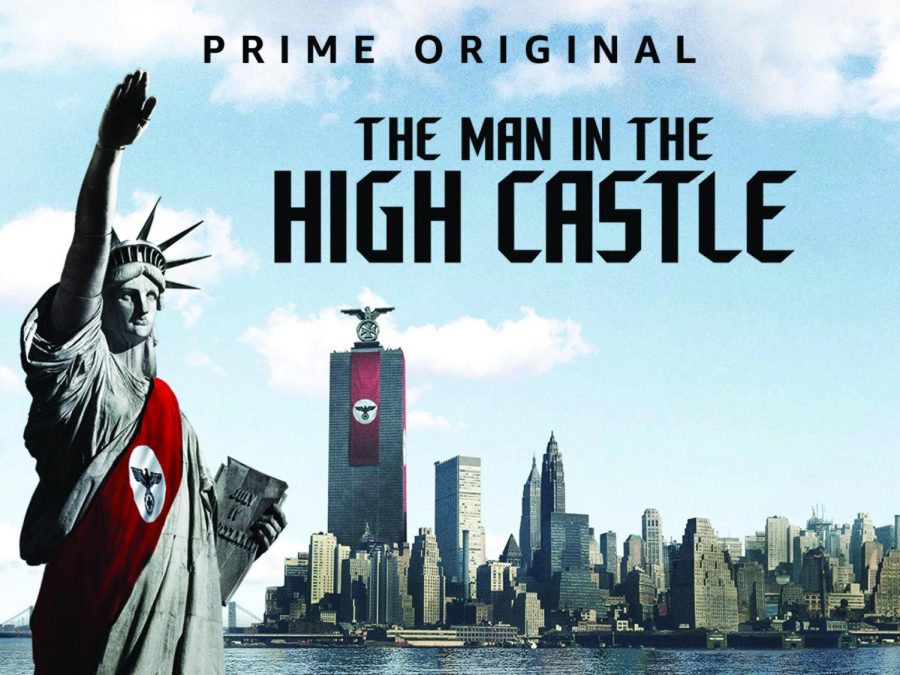 Promotional banner showcases some of the main themes of the Amazon Prime Original series.

“The Man in the High Castle,” Amazon’s widely acclaimed show that is seemingly made for the history buffs, continues to awe its viewers in a fast-paced third season. Entering the sci-fi realm, this season’s realities begin to intertwine and get altered.

This season contains 10 episodes and has been renewed for a fourth season, as announced at the 2018 San Diego Comic-Con.

The series, based on a novel by Philip K. Dick, depicts the story of several characters who cross paths with one another. In the novel, they all come in contact with what is thought to be propaganda tapes that represent a very different truth than the one they live in. This dystopian series follows the protagonists in 1962 after the Axis powers managed to defeat the Allies, taking over and splitting the United States into two regions: the West Coast and the East Coast. The West Coast would be given to what we refer to as the Japanese Pacific States. The East Coast, however, became known as the Greater Nazi Reich.

Juliana’s sister, Trudy, was killed by Kempeitai, also known as the Imperial Japanese Army Police. This event triggers a lot of curiosity on Juliana’s end to find out why this happened to her sister. The result was that she got involved with what is known as the resistance movement in the country. Before getting killed in front of her sister, Trudy handed Juliana a newsreel, which depicts the Allies winning the war, showing Germany and Japan as defeated.

As Juliana investigates the tape even more, she unknowingly becomes involved in the fight by sheer default of being in possession of the film. She realizes there are a series of newsreels, all collected by someone called “The Man in the High Castle,” who may have the key to an alternate history that sets the story of the show into motion.

Though many shows tend to feel more watered-down and often lose their edge around their third season, “The Man in the High Castle” has kept their viewers at the edge of their seats, especially at the end of the second season where many big events take place with no answer, keeping the audience guessing.

Season three was promised to have some answers as to why many things happened the way they did in the previous season. Yet it only seems to raise more questions in the most elaborate, mechanical way, making the audience feel as if they are going through the experience alongside the characters without any knowledge of what may come.