What We’re Binging On Netflix

New season of "13 Reasons Why" tackles crucial issues, including bullying 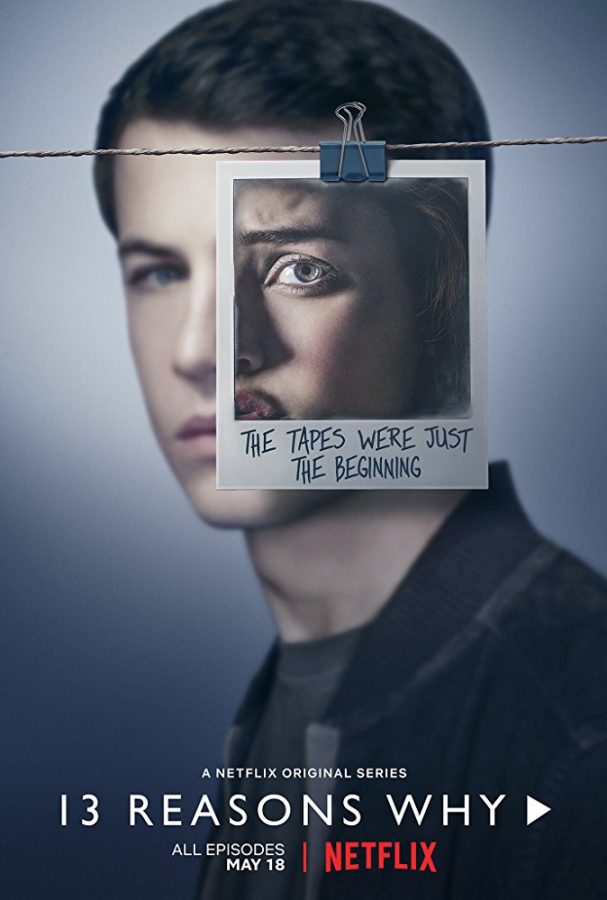 It’s almost finals! Netflix is the ultimate distraction, but sometimes, we all need a break. So whether you’re done with finals or need a breather, we recommend catching up with the latest season of “13 Reasons Why,” or watching the first season if you haven’t already. Be aware, however, that the show deals with sensitive, and crucial, topics.

The show is essentially 13 reasons why a young high school student killed herself.

One day, as an ordinary male student, Clay Jensen (played by Dylan Minette), comes home, and finds a small package. The package includes seven tapes. In the tapes, Hannah Baker (played by Katherine Langford), who committed suicide two weeks earlier, recorded in her own voice the 13 reasons why she decided to kill herself.

The scenes move back and forth between the present and the past when Hannah was alive. However, the changes happen very naturally, so sometimes audiences might be confused. But at the same time, the speed of storytelling attracts the audiences.

In addition, the characters’ feelings are described precisely, so that gives viewers strong sympathy for many people involved.

“13 Reasons Why” is based on the original book by Jay Asher. Then it was developed by Brian Yorkey, and Selena Gomez was an executive producer. Some people say that this show is controversial because one of the fans committed suicide after watching it.

The father strongly protested executives making a second season of this, but was released on May 18 anyway, due to the high ratings of the first.

Suicide is the third leading cause of death among 10- to 24-year-olds in the United States, according to the Center for Disease Control and Prevention. That is why the author of “13 Reasons Why” wrote it.

In a discussion about the problems that are mentioned in the story, Asher says that, “The whole issue of suicide is an uncomfortable thing to talk about, but it happens, so we have to talk about it. And it’s dangerous not to talk about it because there’s always room for hope.”

Also, in the discussion, Gomez reveals, “We wanted to do it in a way where it was honest, and we wanted to make something that can hopefully help people, because suicide should never, ever be an option.”

The audience, especially teens and young adults, not only can enjoy it, but can also think about their circumstances and human relationships in their daily lives more carefully. Check out season one to prepare for the second season.

The producers also try to offer solutions for people who are suffering. 13ReasonsWhy.info is a website that helps viewers by engaging them in conversation, while also offering resources and advice regarding suicide and suicide prevention.

The National Suicide Prevention hotline provides 24/7 support to anyone who feels distressed or unable to cope. For information, visit suicidepreventionlifeline.org or call (800) 273-8255. Glendale Community College also has multiple resources available. Go to bit.ly/GCCHELP to learn more.

Chieko Kubo can be reached at [email protected]