Fighting for justice, neglecting other issues 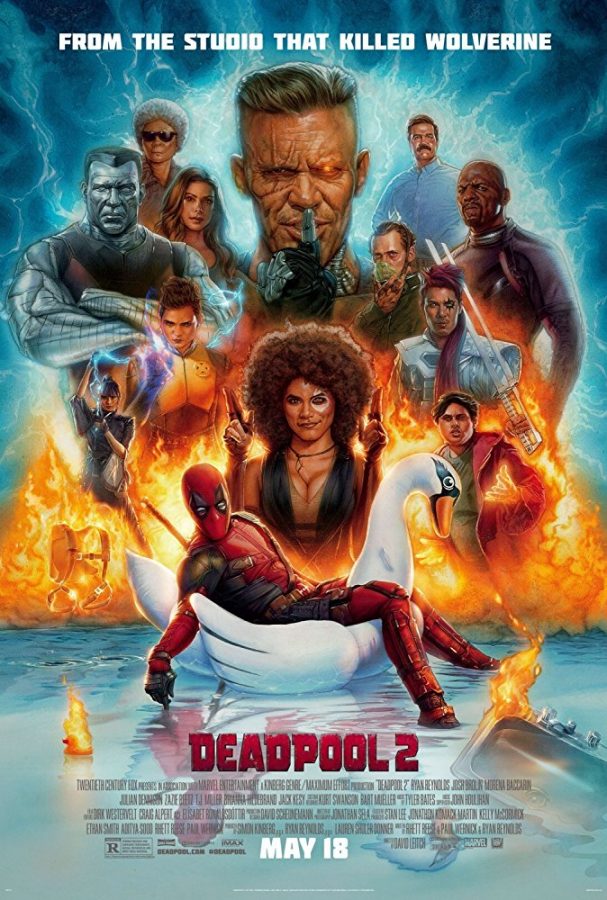 Director David Leitch captures the Deadpool adrenaline, but it’s Ryan Reynolds charisma as the foul mouth anti-hero and the A-list cameos that makes this sequel spectacular.

“Deadpool 2” begins like most comic book films, the hero at his lowest, Wade Wilson girlfriend, Vanessa whom he had planned to start a family with, is killed by a man seeking revenge against him.

Depressed and broken hearted, he turns to drugs and alcohol to fill the void. After an unsuccessful attempted suicide by blowing up his entire apartment as he laid on top of gallons of gasoline, he’s rescued by his X-men colleague Colossus played by Stefan Kapichi.

Colossus takes what’s left of Deadpool to his home to be rehabilitated, and thus rolls the dramatic opening credits with Celine Dion’s “Ashes” playing in the background.

The film uses its soundtrack for humorous juxtaposition, such as playing Dolly Parton’s “9-5” during a brutal murder rampage insinuating this is Deadpool’s day job.

Reynolds narration assures you that “Deadpool 2” is a family film, despite the violence, after he takes interest in reforming a teenage troubled mutant Firefist (Julian Dennison).

While getting to know Firefist in a mutant detention center, Cable, a soldier from the future comes back in time to kill the 14-year-old Firefist.

Deadpool must get his act together and save his teenage mutant friend.

By this time, it’s seems you can guess exactly where this film is headed; Deadpool will reform the boy, destroy Cable and probably meet a new love interest. And traditionally you wouldn’t be wrong. But that’s the beauty of Deadpool, he follows no formula.

Dating back to 1990, the comic books, created by Fabian Niceiza and Rob Liefeld, never followed any formulas and were never taken too seriously.

“Deadpool was hostile, we shouldn’t have been able to get away with a hero like him but we were so under looked, no one ever said anything or edited us,” Liefeld said at Comic Con. “We thought we’d be canceled anytime.”

Wade Wilson has never been an orthodox superhero, nor has had a precise timeline. During the Deadpool comic’s lifespan they have changed his name to Agent X and villain/partner Cable, whom appears in the film played by Josh Brolin, to Soldier X.

Brolin is currently playing two villains in the Marvel universe, Deadpool’s foe/friend Cable and Avengers super-villain Thanos; which is joked about in the film.

Marvel’s raunchy anti-hero has always been a foul-mouth troll of its own universe but now he’s taking jabs at ours. Deadpool’s gags are contemporary and refreshing. The superhero pokes fun at our “PC” culture and organic lifestyle trends.

An unexpected turn of events come about when the team goes skydiving towards their first mission, only to get accidentally slaughtered one by one.

“We were trolling the world. That was the whole point. And the big thing was to keep it a secret,” Terry Crews said in an interview with Business Insider. “That was the hardest part. I didn’t even tell my wife what was going to happen.”

“Deadpool 2” is an obscene stimulating escapade. Its intense violence and nonstop gags is sure to entertain most comic-book and non-comic moviegoers.