Movie doesn't achieve what it sets out to do, feels cartoonish 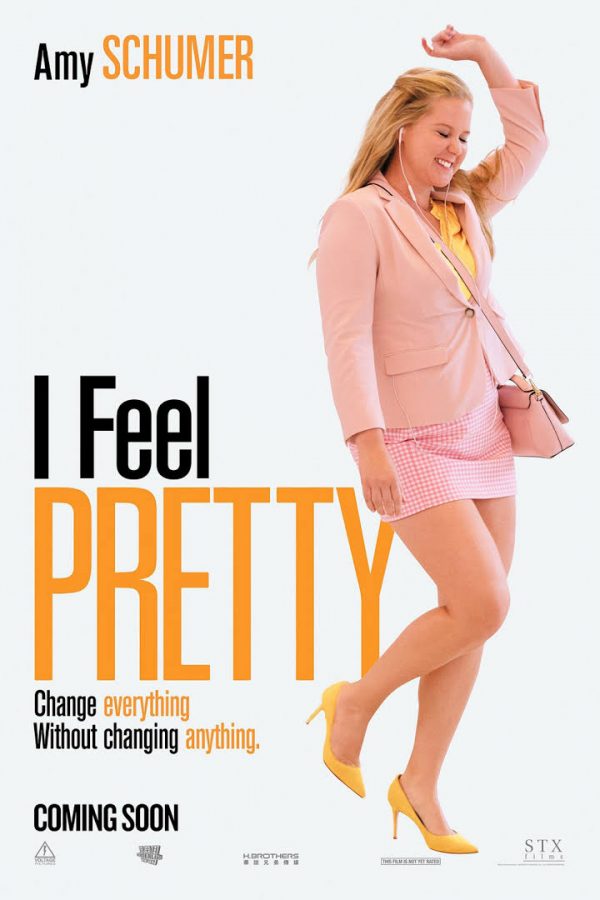 Marc Silverstein and Abby Kohn’s “I Feel Pretty” would have been a more effective five-minute “Inside Amy Schumer” sketch about body image, but its lengthy two hours makes this fairytale feature film a dreadful throw away for Schumer.

Rene dreams of working as a receptionist in the Lily LeClaire headquarters but feels her lack of beauty is holding her back.

Schumer’s character attends a spin class to get fit, where she meets Malory, a gorgeous woman played by model and actress Emily Ratajkowski. The first class, Rene falls and hits her private part, a typical slapstick stunt that Schumer is famous for.

Embarrassed and discouraged, she goes home and indulges in ice cream while watching the famous Tom Hanks 80’s classic “Big” where a young boy wishes he was an adult. That night Rene does the same, only she wishes she was beautiful.

The next morning, she goes to her spin class again only to fall on her head and be knocked unconscious. When Rene wakes up, she looks in the mirror and sees an undeniably beautiful woman.

The film immediately goes into the pretty Rene montage. She goes to all her favorite boutiques and starts wearing the clothes she always wanted to wear, then walks into the LeClaire headquarters and gets her dream job. She gets a handsome, humble boyfriend played by comedian Rory Scovel. She achieves everything she wanted with false confidence, but conflicts soon arise.

“I feel Pretty” relies on prolonged cartoonish montages that pander to plus size women’s everyday problems like trying to get a date online, getting drinks at bars and struggling to find their size at upper class boutiques.

The simplicity of the film and lack of solid punchy jokes is what drags on.

Michelle Williams, who plays fictional beauty brand celebrity Avery LeClaire, seems to be the most distinctively comedic of all the cast with her squeaky voice and ridiculous body language.

Rene’s love interest Ethan is the most organic character in the film. His neurotic and sensitive personality make his attraction to Rene seem authentic.

“I Feel Pretty” is noticeably preachy, but should have focused more on the comedy. The plot is transparent, it didn’t need to be verbally spoonfed to the audience.

The film’s development with Schumer’s character didn’t correlate. She began as a witty and conventional self-aware woman, but “beautiful” Rene was completely delusional and dumbed down, which was contradictory to the message of the film.

“I Feel Pretty” had good intentions but bad execution. Schumer’s character was obnoxious and self-indulgent. What could have been a light-hearted romantic comedy became a tale of materialism and the need to be accepted.