Joaquin Phoenix Dazzles in “You Were Never Really Here” 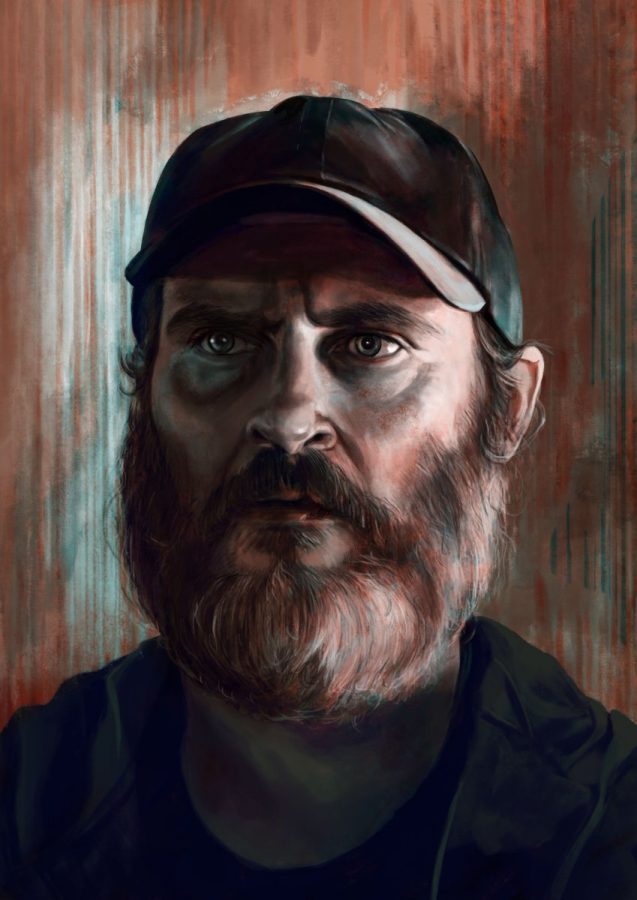 As discomforting as it is you just can't seem to look away.

Scottish writer and director Lynne Ramsay’s newest film “You Were Never Really Here” had big shoes to fill following its 2011 spectacular precursor “We Need to Talk About Kevin.”

Announcements for her latest release therefore generated excitement amongst her cult following. “You Were Never Really Here,” however, does not manage to create the lasting impression “Kevin” did.

Its derivative plot, based on the 2013 novel by Jonathan Ames, is deliberately slow and heavily visually stylized, perhaps in an attempt to set the film apart from similar works.

But instead of Travis and Léon, “You Were Never Really Here” provides a shattered and broken Joe, played superbly by veteran actor Joaquin Phoenix.

The unstable Gulf War veteran makes ends meet by quietly and efficiently rescuing missing children from sex slavery for private clients. Joe’s newest customer is a New York politician whose teenage daughter Nina, played by Ekaterina Samsonov, has been abducted and forced to work in an underage private brothel.

What initially seems to be an easy job becomes a much more complex and dangerous situation for Joe and anyone close to him. He soon learns Nina will not be given up without a struggle, and he’ll have to fight both tangible and inner demons to finish the job.

The film’s most efficient factor is doubtlessly Phoenix’s performance, followed promptly by Ramsay’s undeniable ability to build tension and discomfort.

Phoenix turns in a subdued but arresting portrayal of desperation and crippling post-traumatic stress disorder. That, combined with Ramsay’s habitual use of effectively placed, disturbing flashbacks provide the most intense moments in the film.

Phoenix and Ramsay’s methods worked well together, but the director’s highly stylized and slow-moving narrative technique did not match the plot or genre. But in an interview with Rolling Stone, she admits she planned it that way.

Phoenix joined her early in the filming process and contributed to script changes that transformed the film into something less traditional. “It was like having another filmmaker or a DP (director of photography) there,” said Ramsay.

Phoenix claimed he was approached with a more standard action script that was changed before production. “[We had] this really strong script and this great foundation and this clear trajectory and a really well-written character – and there was something in that, I think, that instinctually repelled us,” said the actor. “All those things that worked made us uneasy, and we were like, ‘How can we make this not work?’”

“You Were Never Really Here,” therefore, seems slightly off-kilter, though not necessarily in a good way. The film was also shot on a limited eight-week schedule due to overlapping projects for Phoenix, which might have hindered from a more thorough and effective process.

“You Were Never Really Here” serves more as a slow-moving, noir-type character study than a thriller. Those familiar with Ramsay’s work will find admirable qualities within the film, but it won’t satisfy those looking for a traditional fast-paced flick.