After a 3-year run and 131 episodes the beloved battle-anime franchise concludes with an explosion! 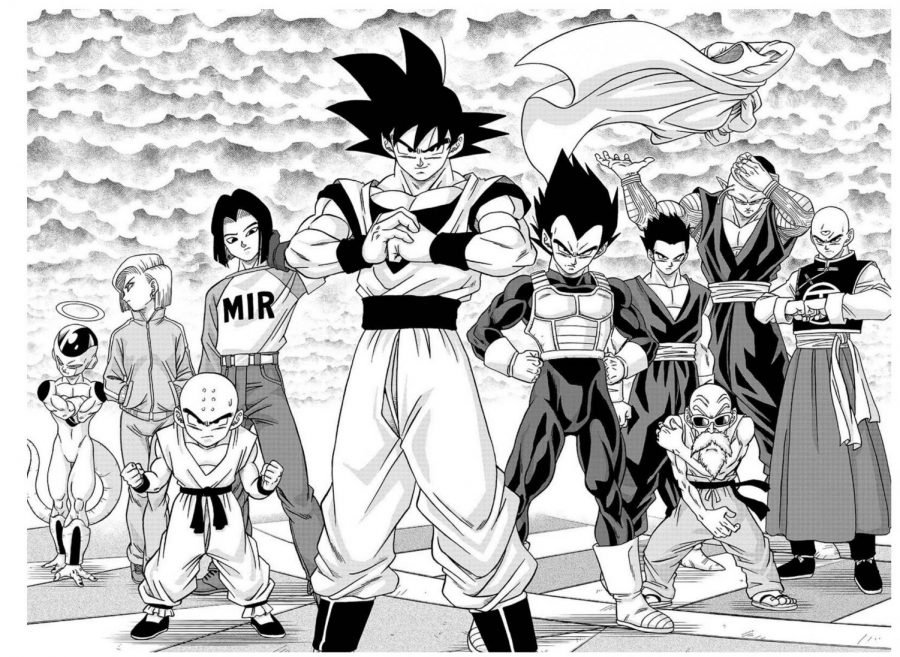 “Dragon Ball Super” hit the air on July 5, 2015, continuing the story of the “Dragon Ball” franchise that returned to TV after being off the air for 19 years, with the creator Akira Toriyama back in charge.

Many fans of the anime were surprised to see theis new show, “Dragon Ball Super,” repeat the plots of two movies, 2013’s “Battle of Gods” and 2014’s “Revival of F,” in its first two seasons. The poor pacing in the introduction of key characters Beerus and his angel, Whis, put the show in jeopardy. Furthermore, the return of the iconic villain Frieza, Goku’s and Vegeta’s nemesis.,

Many YouTubers and online influencers were also quick to point out and critique the shotty art style of the first 27 episodes. Geekdome101, one such critical YouTuber, said there was nothing new for the fans storywise. “We’ve seen the Super Saiyan God and Super Saiyan Blue transformations in the movies, and we got it again but done worse in the show,” the user said.

The creator of the franchised joined the discussion. “‘Dragon Ball’ once became a thing of the past to me, but after that, I got angry about the live-action movie, re-wrote an entire movie script, and now I’m complaining about the quality of the new TV anime,” Toriyama said. “It seems Dragon Ball has grown on me so much I can’t leave it alone.”

Toei Animation stated that the drop-in animation quality was due to hiring a new team of animators who hadn’t had too much experience. They were brought on to animate a new episode every week. It’s no wonder they produced such low-quality content.

In Season 3 the world of “Dragon Ball” expanded exponentially with the revelation that there are 12 total universes, with the story taking place in Universe 7. This was a breath of fresh air that saved the show from cancellation by injecting characters and story that were brand new. Goku, the main character, showed off a new transformation in his battle with Universe 6’s Hit, an assassin with time-skipping powers. Vegeta, the Prince of Saiyans and overall ball-of-anger, developed a teacher-student relationship with a young Saiyan named Cabba from this new universe. By making connections with members of a different universe, the stage was set to increase the stakes for the conclusion of Super.

The final season of “Dragon Ball Super” gave us the Tournament of Power, a battle royal with eight universes battling in an eight-way, 10-versus-10, free-for-all martial arts tournament. The winner gets to have their wish granted while the losing universes get erased from existence. Wow! This was an amazing concept that had the heroes teaming up with former villains Frieza and Android 17 in order to have a chance of winning. This season was able to hit the feeling with the destruction of Universe 6 since the viewer had time build a connection with them in the last season.

The final season also delivered on the action. Right from the get-go the 80 fighters dispersed throughout the arena and begin to fight. In what feels like a video game, Universe 7 fights the top dogs of each universe one by one as they build their way to the final boss. Some highlighted fights include the destruction of Universe 9, Goku vs. Jiren, Dispo vs. Frieza, Gohan and Piccolo vs. Universe 6 Nameks, Hit and Goku vs. Dispo. With close to 60 episodes, making it the longest season, there were only a few episodes that missed their mark.

Everything culminated with Goku unlocking Ultra Instinct, a technique that makes him fight without thinking about his moves, in order to defeat Jiren, the mortal who is stronger than a God. This season was the only way to close out the action anime.

“Dragon Ball Super” had a very rough start. The first two seasons are really tough to watch. It is the textbook definition of a bad first impression. However, by Season 3, Toei Animation got back to their senses and gave the fans more of what they wanted as well as new revelations about the world of “Dragon Ball.” Even if his plans did not make sense, Goku Black was a cool idea for a twisted villain. The final tournament that ended the show was great, too, since every episode was nothing more than fighting. That’s how you end an anime about martial arts!

Although the show is over, a new “Dragon Ball” animated movie is scheduled to come out on Dec. 14, 2018, according to Toei Animation. So while Super ends, there is a good chance that Dragon Ball will continue in some form or fashion.