Movie review: ‘Baywatch’ goes back to the beach

Plus: Exclusive interview with Jon Bass 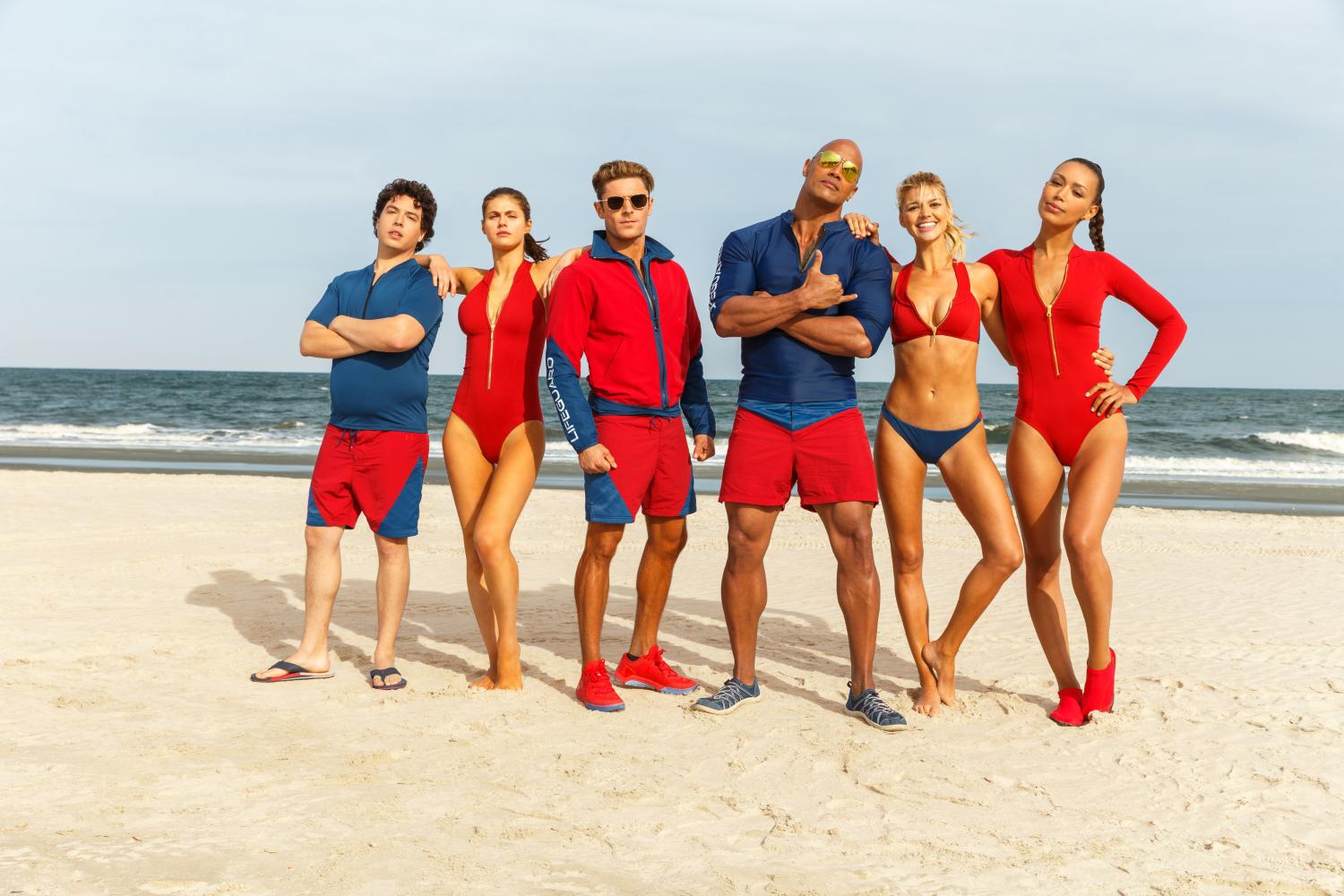 The iconic red swimsuits, slow-motion beach running, and America’s favorite lifeguards are back.

The film produced by Paramount Pictures has a raunchiness to it, bringing a fresh take with its comedic tone and not falling short on female empowerment. It features a star-studded cast: Dwayne “The Rock” Johnson, Zac Efron, Alexandra Daddario, Priyanka Chopra, Jon Bass, Kelly Rohrbach and Ilfenesh Hadera.

Buchannon, now portrayed by Johnson, leads the elite team of lifeguards in Florida, but he’s been thrown a new member to the squad. Matt Brody (Efron), a newly disgraced Olympic gold medalist, joins as a plea deal and a great PR spin to regain his image. His suave charm fails to hook in fellow colleague, the tough, smart-minded Summer Quinn (Daddario).

The group stumbles upon a new drug that washed up on  shore, invading the safety of their longtime residents and fans. Victoria Leeds (Chopra) plays  the new owner of the Huntley Club, who is suspected of using her business as a front in smuggling drugs.

Director Seth Gordon (“Horrible Bosses”) doesn’t fail to intensify the action scenes. It’s as if Johnson brought the pyrotechnics and dramatizations from the “Fast and Furious” franchise.

Buchannon bickers and lobs zingers at Brody, calling him a wannabe Bieber and cleverly slipping in a “High School Musical” reference.

One of the newcomers to the team, Ronnie (Bass), attempts his third tryout to join Baywatch. He doesn’t stack up against the acts of Buchannon and Brody, but wins the heart of his love C.J. Parker (Rohrbach).

“Ronnie is the fact that he is the odd man out, and it’s an important part for the movie, for there to be one person who’s not the sexiest person in the world, showing people out there like all shape and sizes are welcome,” Bass said. “I do it in this movie with confidence and with love for my character and body. If I can make one kid feel more comfortable about taking his shirt off at the beach, I will feel great about my work in the movie.”

Bass attended Boston University College of Fine Arts, majoring in theatre. Bass, known in the Broadway world and recently seen in the film “Loving,” saw many similarities between him and Ronnie.

Ronnie goes from zero to hero in the film by the exuberant kiss from Parker. To suit up for the moment, he asked the ladies man himself for some advice.

“I asked Zac [Efron] if he had any tips because I know he has kissed a lot of girls. He just told me to chew some gum before,” Bass said.