Editor’s Pick: And the GRAMMY Goes To… 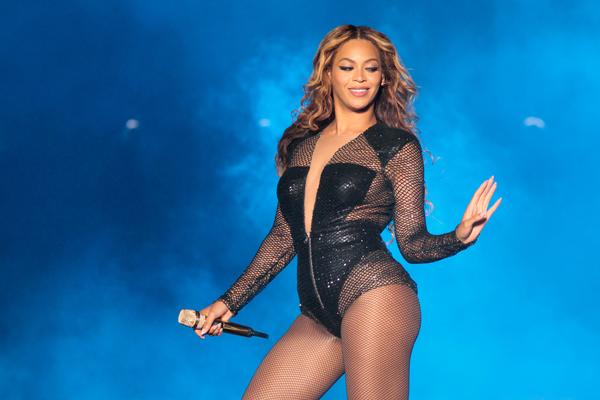 ALBUM OF THE YEAR: Superstars Beyoncé and Adele will go head-to-head for the most notable award of the night. The 59th annual GRAMMY Awards will air Feb. 12 on CBS at 8 p.m.

Music’s biggest night will once again bring the industry’s superstars and newcomers for the 59th annual GRAMMY Awards when it airs Feb. 12 on CBS at 8 p.m.

Nominations for all 84 categories were announced in early December. This year’s competition brings nail-biting anticipation. Beyoncé, the most nominated female artist, leads the pack with nine, followed by Kanye West, Drake and Rihanna with eight each.

To be eligible, albums must be released between Oct. 1, 2015 and Sept. 30, 2016. The GRAMMY nominees are selected by the Academy of the Recording Arts, which consists of recording artists, songwriters, producers and engineers.

Album of the Year:

The battle is between Adele and Beyoncé, both powerhouse vocalists who dominated charts and sales throughout last year. Adele’s “25” is a safe choice, as she has a prominent standing in the industry, with her downcast lyrics she still strings in a mass mixed audience. Beyoncé’s groundbreaking album “Lemonade” is politically oriented, and sparked a movement with hits such as “Formation” and “Freedom.” The recording academy can sway either way to satisfy ratings and viewership.

Record of the Year:

• “Stressed Out” — Twenty One Pilots

It’s evident that Adele can easily scoop up record of the year for a second time. She resurfaced with “Hello” and with an immediate response broke records on Youtube, along with the charts. It was embraced worldwide, being one of the most talked about tracks of 2015. She effortlessly transitions through each verse, along with piercing through each high note.

Song Of The Year:

Beyoncé’s “Formation” led a movement throughout 2016, after it’s television debut at the Super Bowl halftime show. It became an anthem for women empowerment and Black Lives Matter. It gives a sense of urgency for what needs to be said and heard during these difficult times for social justice. She is an artist who is willing to take professional risks, and for her undeniable talent and starpower, Beyoncé deserves this award for a track featured on a culturally relevant album.

The Chicago native, catapulted to fame with his 2013 mixtape “Acid Rap.” Chancelor Bennett, notably known as Chance the Rapper,  first dabbled with music when on suspension from school, and that’s when he released his first mixtape “10 Day.” It gained the attention of Forbes Magazine, featured in their Cheap Tunes Column. Bennett brings soul, vibrant sounds and lyrics to the table all without a record label backing. His current chart-topper “Coloring Book,” only available through streaming services, debuted on the Billboard 200. As his first year in the competition, he racks up seven nominations. He embeds political and social matters within tracks and his distinction in the rap game deserves this recognition of best new artist.

As most would jump to the conclusion of Adele sweeping this category, best pop vocal album can be a battle between Bieber and Grande. “Purpose” redefined Bieber as an artist and his eclectic and enticing vocals blend together in this chart topping comeback album. But from Grande’s petite body emanates a set of powerhouse vocals, “Dangerous Woman” enthralled fans and radio waves as she introduces a new persona. The sultry-pop tracks from “Into You” and “Side to Side,” with a little hip-hop flare on “Everyday” effortlessly obtains the stamina needed for the win of best pop vocal album.

• “And the Anonymous Nobody — De La Soul”

Chance the Rapper’s “Coloring Book” has obtained seven nominations, and it’s unique because it was issued exclusively on music streaming platforms (Apple Music, Spotify, Tidal), not as a physical album or digital download. Due to this year’s’ rule change, “Coloring Book” was eligible. The rule allows streaming-only titles to be considered for recognition. The 13-track compilation album transcends to a gospel-filled, poetic rap album, with some of the best contemporary artists featuring on several tracks. “Coloring Book” became the first streaming-only release to chart on the Billboard 200. It could become the first streaming-only title to win a GRAMMY.

The 59th annual GRAMMY awards will bring many show-stopping performances along with memorable wins as each category outdoes itself.