Review: ‘The Girl With All the Gifts’ Delivers Halloween Thrills 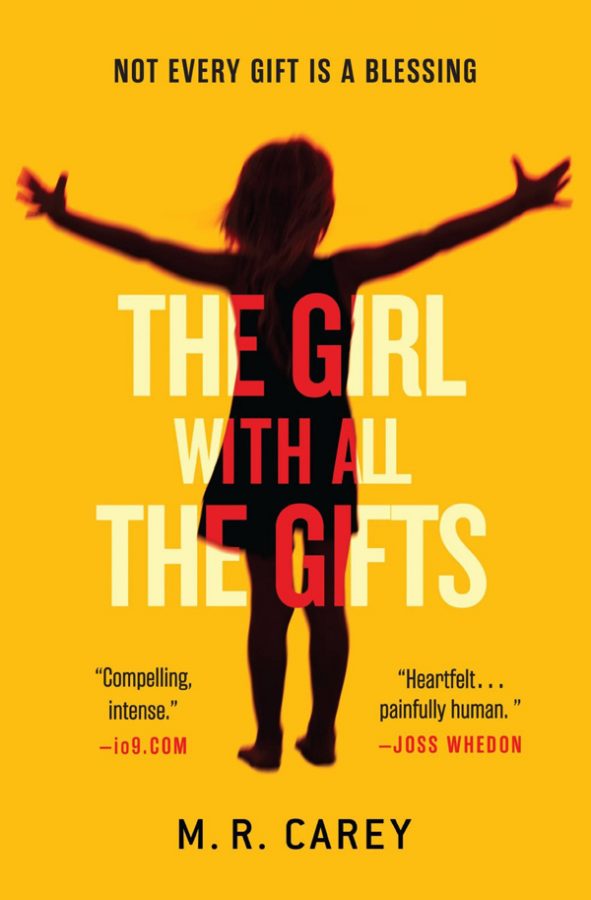 Move over “Walking Dead” – there’s another variation on the zombie theme, a genre Americans seemingly can’t get enough of.
Among the most heavily promoted books of last year was “The Girl With All the Gifts” by M.R. Carey, expanded from his original Edgar Award-winning short story “Iphigenia In Aulis.” The  original “Iphigenia In Aulis” is a play by the ancient Greek dramatist Euripides concerning the fate of a girl set to be sacrificed to win the favor of the gods, and the reimagining of the tale is set in a dystopian future with impersonal deities who apparently have no appreciation for sacrifice.
Melanie is a precocious 10-year-old who is trying to piece together her place in a bleak world. There is a hazy spot in her past, as perhaps there is for all children, from before she had language to attach meaning to people and events.  Gradually it is revealed that she lives in a maximum security orphanage on a military base in England.
Her world is limited in terms of experience and human contact. She has never been outside. There are the other kids who are kept in separate cells when not in class, there is gruff Sgt. Parks, the aloof Dr. Caldwell, a few instructors and guards and her favorite teacher, the compassionate Helen Justineau. Her life conforms to a fairly rigid routine until one day everything is knocked into chaos.
“The Girl With All the Gifts” is too enjoyable in its quirky unfolding to ruin with spoilers, but there are a lot of surprises. A refreshing spin on the zombie trope, the survivors are just that  –  people who survived, but not necessarily the best and brightest.
Sgt. Parks is operating well above his training and pay grade, Dr Caldwell was a benchwarmer when the UK’s greatest scientists went off to save the world, and beloved Miss Justineau harbors a dark secret.
Like Pandora’s Box,  “The Girl With All the Gifts” delivers entertainingly. The prose is not particularly challenging, the dialogue is a bit stiff, but the plot twists and reveals are a lot of fun. Some critical issues, i.e. “Do undead children age?” could do with further resolution. It is well worth reading on a lazy zombie-inspired weekend. The film adaptation has enjoyed limited release in the United States.