Michael Bay Puts Aside Robots for Dramatic War Film: ‘13 Hours’ Tells a Different Story of the Events at Benghazi 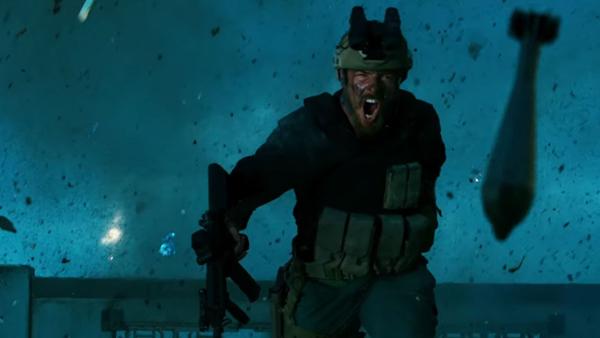 For the past three years, the Republican Party has latched onto the 2012 embassy attacks in Benghazi, Libya in an obsessive effort to derail Hillary Clinton’s presidential campaign.

In a display of opportunistic timing of the upcoming presidential election, director Michael Bay steps aside from the “Transformers” series once again and returns with the action-drama “13 Hours: The Secret Soldiers of Benghazi.”

Despite the timing, the film is based on the apolitical book “13 Hours: The Inside Account of What Really Happened In Benghazi” by Mitchell Zuckoff and not the conspiracy theory filled 13-hour-long hearings that have plagued C-SPAN for years.

The events that unfold in “13 Hours” are predominantly from the viewpoint of members of the CIA’s security contractors. The film opens with Jack Silva played by John Krasinski (“The Office,” 2005-2013) leaving his wife and daughters to join the CIA’s security team to earn extra money for his family. Once he meets up with friend and fellow CIA contractor Tyrone Woods, played by James Badge Dale (“The Walk,” 2015), Jack and the audience are quickly introduced to the constant danger in Benghazi.

Although this movie is considered a more “mature” work for Michael Bay, his self-indulgent flair is restrained slightly, but still bogs down the first 45 minutes of the movie. The numerous quick cuts, the dizzying car chases that border on looking like car commercials, awkward scene transitions, and unnecessarily complicated cinematography are all there. Even in smaller doses than usual, Bay’s predictable trademarks still prove to be obnoxious.

Even if “13 Hours” had a more sane and competent director, it still wouldn’t have been enough to save the beginning of the film. Chuck Hogan, who has written well-received novels such as “The Strain” series, disappoints in his first swing at screenwriting.

The first half of the film can be boiled down to a simple recipe.

The team of bearded mercs execute security missions for a pair of snobbish CIA agents, the cartoonishly neurotic CIA security chief scolds one of the mercs for something petty, the bearded mercs talk to their families on Skype, and the bearded mercs bond by goofing around with each other. All ingredients listed repeat at least twice. Hogan also doesn’t forget to sprinkle some cheese on top with unfunny banter and one-liners.

Not all hope is lost for the film as the final 100 minutes are packed to the brim with Bay’s most intense and authentic action sequences to date. Whether it’s a frantic car chase or the moments when outnumbered security contractors defend the base like a modern-day version of the last stand at the Alamo, these scenes deliver thrills and drama.

The mayhem begins when Islamic militants raid the compound while the understaffed security scramble to protect the ambassador. Tensions flare between the CIA security chief and the contractors when he orders them to stand down and not leave the annex because it would give away their secret location. Woods defies his orders and gets his small squad to embark on what looks like a suicide mission to rescue American lives at the compound.

There are numerous nerve-wracking moments of paranoia as one of the contractors, who goes by the nickname “Tanto,” played by Pablo Schreiber, (“Orange is the New Black,” 2013-2015), is in danger as he makes his way through the backstreets and militia soldiers blend in with the locals.

It’s not just the action that does all the heavy lifting toward the end of the film. During the quiet moments when the militants regroup for more attacks, the conversations finally begin to flesh out the differences between the characters.

Audiences looking for a military drama as good as Ridley Scott’s “Blackhawk Down” (2001) may leave the theater disappointed. The weak setup does more than enough damage to make Bay’s latest a bloated and uneven film that barely qualifies as average. However for fans of war films, “13 Hours” is recommended solely for the action scenes.