Good Ol’ Freda not so Good 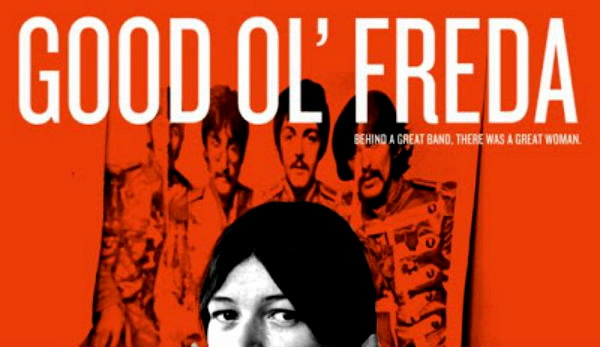 Lackluster is not a term normally associated with the Beatles, but it best describes the documentary film, “Good Ol’ Freda.”

Director Ryan White’s shadow of a movie could have been deeply interesting. Unfortunately, without a candid, forthcoming main character, there is no story. White, a documentary filmmaker and cinematographer, also directed the 2010 documentary “Pelada”, a 90 minute film about the grittier side of soccer.

“Good ol’ Freda” is a behind the scenes tale of the legendary Beatles’ rise to fame, told from the perspective of Freda Kelly, who was the their secretary from the humble beginnings of the band through their meteoric rise to fame.

Kelly talks about her experience chronologically as the film moseys along year after year. Definitely no “Spinal Tap,” it switches from interview, to voice over with old black and white photos, and unfortunately you hear only bits and pieces of those classic tunes . It was as cliche as a rock documentary gets.

Kelly has never been one to talk openly about her experience with one of the most legendary rock bands of all time, however she was there from their beginning – when they were playing in a musty basement joint known as the “Cavern.”

Nothing new or interesting is revealed in this film. Kelly’s story would not make any difference in a Beatle-lover’s repertoire of background knowledge. It was actually a little frustrating when you are sitting and listening to things like “we were all a big happy family” or “it didn’t strike me how famous they really were,” when fans most likely wanted to hear was something juicy like, ‘Yes – I did Paul McCartney.”

Probably the best part was seeing Kelly’s cute grandson run around and play, a very touching scene due to the fact that her son had passed away a few years prior still aching to hear more from his mother’s early life. And that is about all that can be said, considering the small views the moviegoer receives into Kelly’s now boring life as, you guessed it – a secretary.

The movie had its moments, such as when the Beatles’ original manager Brian Epstein died – it was a bit of a tearjerker – or the classic photos of the Beatles playing at the Cavern.

There is definitely something to be said for someone who showed that much loyalty towards an employer as well as that much resiliency under pressure to tell her tale. In 50 years, this woman has not revealed her story, which is quite surprising considering her closeness to the group.

Unfortunately the tale of a silently loyal employee was not enough to make it a good movie and it still ended up falling short of its goal to give a revealing, insider’s view to the Beatles’ behind-the-scene lives and all the craziness that comes with fame and fortune.

The movie is rated PG and runs 86 minutes.