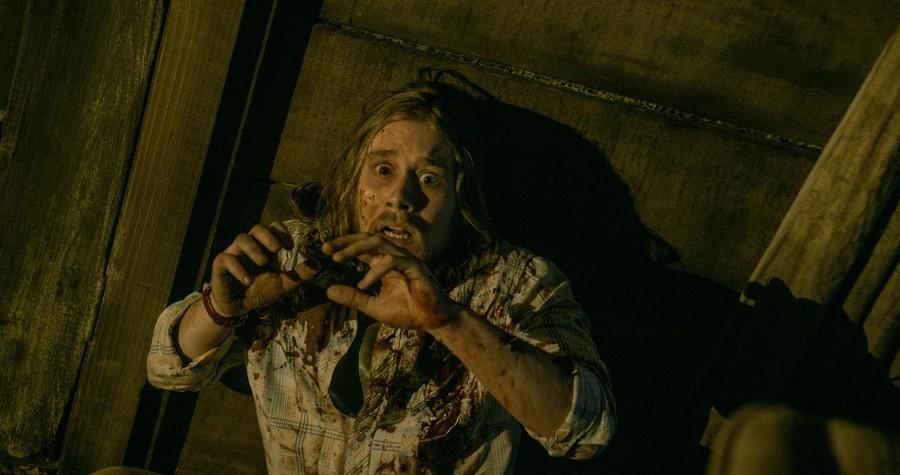 Few first time filmmakers have the chance to direct a $17 million budget movie, particularly one as high profile as remaking the 1981 horror classic “The Evil Dead.”

But Fede Alvarez had the chance, after his five-minute short video called Ataque de Panico became a sensation on YouTube leading “Evil Dead” creator Sam Raimi to choose him to reboot the series.

Raimi’s instincts were correct. Alvarez goes above expectations for a beginner by leaving nothing to the imagination.

The gore, from the blood monsoon, to the self-amputations, are ridiculous. And they grow more and more graphic as the movie progresses.

By the second half some parts became over the top and unrealistic, but the comedic aspects of this new version pay homage to the original, while also having a modern look and feel.

Following the 1981 plot, the twisted tale concerns five friends who travel to a cabin in a remote forest. After Lou Taylor Pucci reads a passage from an ancient book that was found, all hell breaks loose. The friends had more to worry about than her withdrawals, after all hell, literally, breaks loose.

Levy’s performance was exceptional. She’s best known for her current role as Tessa Altman on the ABC comedy series, Suburgatory. She was a very dynamic character where she could go from having withdrawals, to being possessed and then to manipulating all within one scene. Levy’s transition from comedy to horror seemed easy.

Pucci’s acting was serious with a hint of lightheartedness. His character was angry with David, Mia’s brother (Shiloh Fernandez), for leaving their hometown for the city and forgetting his friends. There were many instances throughout the movie where he’d be too dramatic while assessing the situation. One instance was when he debated opening the necronomicon (the possessed demon book). He sat with a pensive facial expression, before throwing himself forward to cut off the barbed wire from the book.

The actors aren’t the only ones who made the movie worth seeing, the makeup and special effects department did an unbelievable job with the effects. Notably Roger Murray the prosthetic designer made the arm that David’s girlfriend Natalie (Elizabeth Blackmore) cut off with a meat cutter after she had been infected.

Throughout the entire movie the makeup was the perfect balance between repulsiveness and realism. C.J. Goldman did the makeup effects and channeled what he imagined a demon or the possessed would look like. Claire Rutledge did a great job of applying makeup as designed by Jane O’Kane. In some movies it’s frustrating when actors will be rolling in mud and their makeup looks flawless.

There are many elements that make this movie an effective horror film, not only is it a remake, but one that doesn’t try and take the place of the original. Alvarez did a good job at setting himself up in what seems to be a promising future.