Harmon: A Pillar of the ‘Community’ 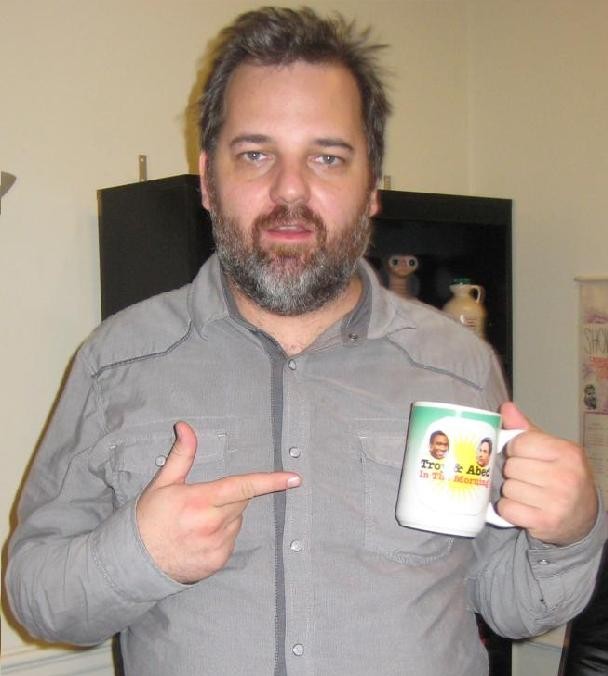 The methods in which Dan Harmon tells stories and perceives his life are one and the same.

“If I’m having a bad day, I can take a step back and chart it on a circle and say, in terms of this experience this is the lesson I’m learning at this stage; then you can see it won’t be long now until I bounce back because this is where I’m at in the story,” said Dan Harmon, creator of NBC’s “Community,” based on his experiences at this college.

“I look at it all that way; that’s just the way I understand how to write.”

Harmon’s writing style and life have been heavily influenced by writer and mythologist Joseph Campbell, known for his book “The Hero with a Thousand Faces,” which Harmon has read dozens of times. In his book, Campbell discusses his theory of the history of story structure, and the stages or monomyth that a hero must go through for an effective story.

“He wasn’t talking about movies, and he wasn’t talking about television. He’s taking about mythology and why it is we tell stories; so you’re reading it and realizing you’re a human being, and you have an instinct for storytelling and people have an instinct for listening to stories; they crave them. That’s the first step to realizing that your life is a story and so you become deeply connected to your own work,” said Harmon.

According to Campbell’s monomyth, there must be a point of revelation in a hero’s life, followed by a transformation. For Harmon, his real life revelation may have occurred here at Glendale College.

At 32-years-old, Harmon was a moderately successful writer with ample free time. In order to revive a failing relationship, he decided to take a Spanish class at GCC with his girlfriend, as well as psychology and biology for personal fulfillment.

Acing his biology class, Harmon was asked to join a study group, which he reluctantly agreed to. While studying with this group, he had what he calls “an emotionally positive experience,” during a late-night study session in the GCC library.

Harmon was perplexed to find himself bonding with these students. This led him to the realization that he had “only lived half of a real life,” spent focused on his career rather than developing human relationships.

This revelation inspired Harmon to develop and pitch a story based on his experience with his study group at Glendale.

Now 38 years old, Harmon is constantly working to improve his show, producing original content which sets it apart from most other major network shows.

Episodes of paintball wars, blanket forts, and stop-motion-animation gives television a refreshing look for those bored with the same old sitcoms.

“I just thought we were going to do a regular TV show, I didn’t think were going to be allowed to do stylistic things,” said Harmon, when asked about the show’s more creative episodes. “That just happened, because at the end of the first season I didn’t feel like we were going to be coming back; the ratings weren’t there, and I thought it doesn’t matter, so I just started to go a little crazy.”

Thinking he would never have another sitcom, he began experimenting, the results of which generated a lot of positive reviews from fans and critics, saving the show.

On Oct. 3, Harmon visited GCC once again to share his experience and answer questions. Mass Communications professor Sharyn Obsatz is responsible for first contacting him about a year ago after multiple attempts via Twitter. Her determination payed off as Harmon eventually responded and agreed to speak at Glendale.

“I was super excited,” said Obsatz.

“He likes to share his experiences and knowledge and I think going back to GCC is a great way to do that,” said Harmon’s assistant Daniella Beintema.

Harmon has been impressed with his interactions with Glendale students, who have been more interested in asking questions like “how do I become a writer,” rather than asking for a job.

Harmon’s advice to anyone interested in becoming a writer is to “follow your bliss,” quoting Joseph Campbell. “Don’t think too hard about what you’re supposed to be doing,what would be the smart thing to do, what might profit you the most. Those are all bad ways to think about things fundamentally. Know yourself and then write what you know.”