Chili Peppers Back from 5-Year Hiatus 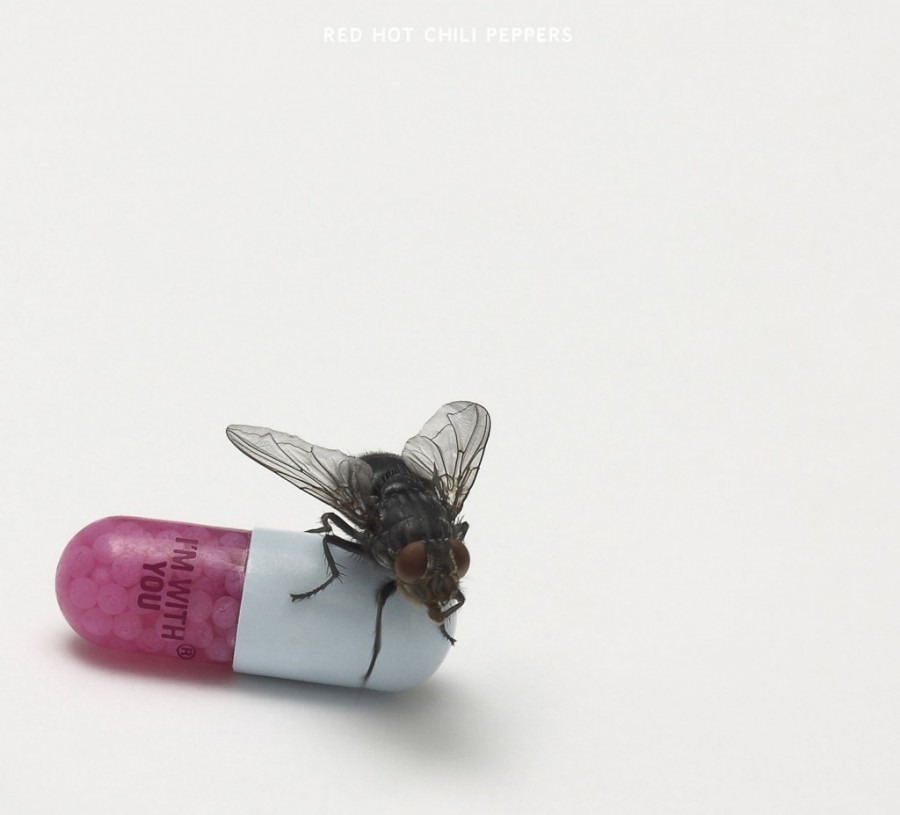 After a five-year gap between studio albums, fans of the Red Hot Chili Peppers don’t have to wait any longer to jump right into the band’s newest release, “I’m with You,” available now in retail music stores and online.

Prior to the album’s release on Aug. 29, many fans were eager to know if the band would maintain its essence and style, considering long-time guitarist John Frusciante was replaced by Josh Klinghoffer. Will Klinghoffer be a breath of fresh air and rejuvenate the band? Or will he alienate the hardcore fan base?

It’s evident early on that Klinghoffer is a capable guitarist, but he still has ways to go to becoming as memorable as Frusciante, whose riffs and solos in past albums were memorable.

Now, the most memorable parts are the bass. Bassist Michael “Flea” Balzary has always played exceptionally well on all the albums he’s been on and he is clearly the driving force on “I’m With You.” You can bet he wrote the first two songs “Anarchy of Roses” and “Factory of Faith” since they showcase very funky, addicting bass lines.

The RHCP is known for being funky in the first place, but on the latter half of this album, the band deviates a little by incorporating piano into the mix. The piano parts add a whole other dimension to the songs and aren’t there just for bells and whistles. The best use of piano would have to be in the breakdown section of “Police Station,” which also happens to have the best lyrics on the album.

The lyrics to “Police Station” tell a story and give the listener something to relate to, which cannot be said about the other songs. Most of the lyrics are a bunch of lines that are there just so they can rhyme. Some of it is clever, but at times, it is really forced. It is most notable in the song “Look Around,” where lead singer Anthony Kiedis comes up with the word “skindow” just so it can rhyme with “window.”

Kiedis’s vocals on the album are really good, probably the best out of all the albums he’s been on. But his vocals should be turned down a bit to show off Klinghoffer’s backing vocals, which are actually better than his guitar playing. His backing vocals

stand out the most in the song “Did I Let You Know.”

In the song “Did I Let You Know,” there’s a trumpet solo that comes out of nowhere. It was a welcomed surprise. Besides a handful of other instances, there aren’t many surprises. The song structure on almost every song is predictable (verse-chorus form) and all the choruses are typically pop and catchy, which is boring and expected. They had chances to take a different approach, maybe being a little more progressive and intense by adding a drum solo breakdown or an extended guitar solo towards the end of a song. But ultimately, they played it safe.

Most of “I’m with You” is radio-friendly and accessible to casual fans. Seasoned fans will most likely be expecting an album full of songs that heavily reference California and heroin (this is what the band is infamous for), but luckily that’s not the case.

It’s sufficient to say that “I’m with You” has some decent yet forgettable songs, but also a few great ones.

The track list ordering has the album starting off strong with the funk and punk, then it hits its stride in the middle with the lead single “The Adventures of Rain Dance Maggie,” then it gets classy with a trio of piano songs but sadly falls short with the two filler songs at the end.

Stand-out tracks include: “Factory of Faith” for its rhythm and energy; “The Adventures of Rain Dance Maggie” for its power-pop to funk-style nod to classic Red Hot Chili Peppers and “Police Station,” for its emotional use of piano and story-driven lyrics.

Overall, “I’m with You” is not suggested for those searching for complexity and experimentation, but it is a worthy purchase for someone looking for a record that’s easy and fun to groove to.